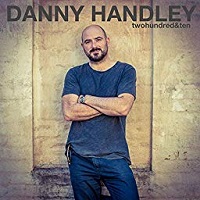 And, of course, being the singer AND the guitarist, does he have Lead Singer Dyndrome? Or Lead Guitarist Dyndrome? Well, it's really, really weird, but he doesn't. What's he say about being in the band?

“I'm really, really lucky to get this gig. There are thousands of blokes like me in the UK, and I've got this gig with The Animals.”

That shows a big perspective, because he's right. There are shoals of talented folks out there. And here's Danny...

You'll respond instantly to the style: like certain styles of punk, or electronica, you'll either love it or hate it. Danny's first EP shows us more about himself, and the world he finds himself in (women figure strongly, for the simple reason that Danny is a good-looking lad and ... but enough). There'd be nothing odd about these songs turning up on commercial radio, they'd fit right in with the better choices that radio makes.

Have you ever actually listened to commercial radio? You know, when they emphasise that there's a “mix”, and what you really hear is ... pretty much a series of specified songs on rotation, with a few “wild cards” thrown in. Ever hear that? When a classic Beatles or Stones song comes thrusting in amongst that bland majority, it's a bit like “oh, this is what real rock'n'roll is about”.

Now, I'm not about to compare Danny to the Beatles or the Stones. These songs aren't “the wild card” but as I say, like the better songs played amongst the bland majority. You know, the ones you hum along to. The ones you enjoy.

“Borrow You”, for example, with the glorious, earworm organ (presumably borrowed from a nearby chapel for the day), well, you could imagine Joe Cocker or (even, hell, why not?) C.W. Stoneking borrowing (in turn) any of the songs here. Nothing wrong with that.

But I reckon Danny Handley is just as enjoyable as those bigger, better-known names. Catch him live (dates below) in Australia or grab his EP from any digital platform.