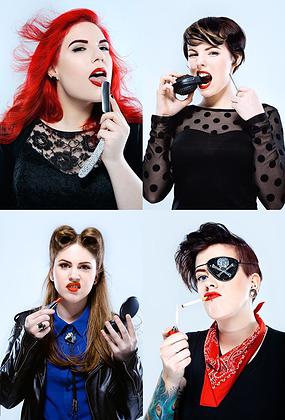 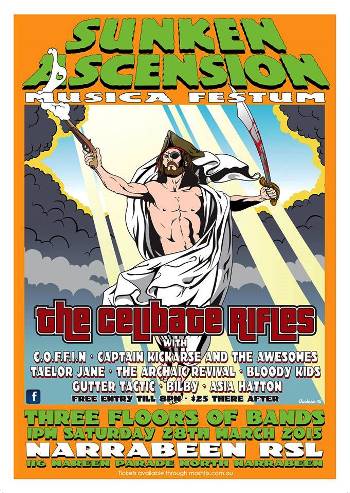 The surviving members of the Thirteenth Floor Elevators are reforming for their first show since 1967.

The Elevators reunion will include an as yet un-named guitarist in place of Stacy Sutherland, who was shot and killed by his wife during a domestic dispute in 1978.

Roky Erickson has been performing for many years after recovering his health following protracted mental illness. The appearance by Tommy Hall, the band’s lyricist and spiritual (and drug) seer, is a major surprise, however. He’s understood to have been living in seclusion in San Francisco.

The Hadron Colliders launch their EP

Sydney band, The Hadron Colliders, will launch their debut EP, “Measuring the Space between Us All” at the iconic Petersham Bowling Club in their home city on Sunday, February 22 from 5pm with an all-ages gig.

Containing members from ‘80s and ‘90s bands The Last Metro and The Catherine Wheel, The Hadron Colliders have built up a reputation for their dynamic live performances which has been further enhanced by the release of their debut EP.

The EP, recorded at Damien Gerard Studios with Russell Pilling (The Church, The Vines, Died Pretty) has been described as “...soulful, gentle indie pop... fragile, constructed melodies and (a) sort of melancholy sweetness”.  Our own Robert Brokenmouth said "Measuring the Space Between Us All" was “...sexy... a crushing, lovely boat trip down a brooding romance-laden river”.

Joining the band will be Canberra’s Positive Feedback Loop and Nature Strip Duo (a stripped down version of the inimitable The Nature Strip). Entry is $10 tickets at the door), with kids free.

The reformed Replacements have announced a run of US tour dates in the wake of recent sporadic festival appearances.

The Replacements were the archetypal college radio slop-rockers of the '80s and an enormous influence on a generation of US bands.