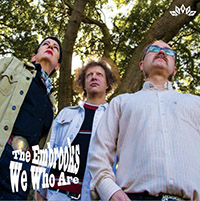 Well, at least now I know why I didn't buy all those Euroboots of Stoogestuff.