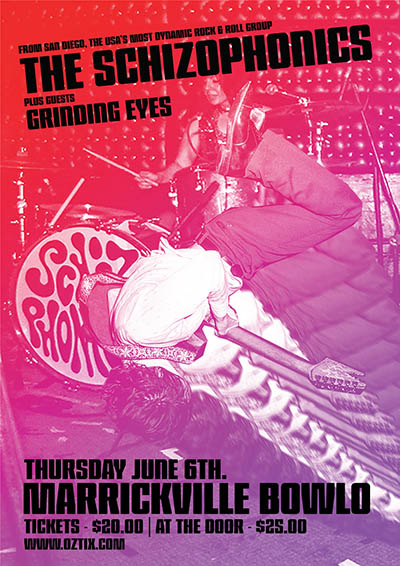 Schizophonics back for Round Two 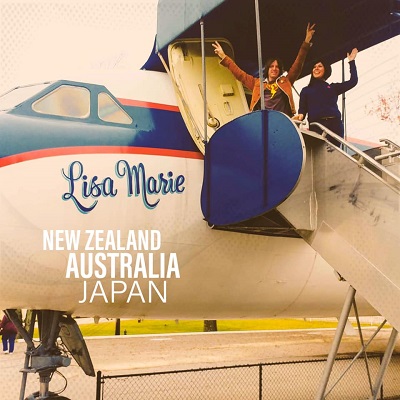 Explosive trio The Schizophonics are inflicting their unique rock and roll show on audiences in Australia and New Zeraland for a second time in 2020 as well as Japan.

The San Diego band - essentailly singer-guitarist Pat Beers and drummer wife Lety - have both a new album, "People in The Sky",and a new bass player, Kiwi Takumi McIntyre (formerly of the Cavemen), in tow and made a huge impression on their 2019 tour of Australia and New Zealand. .

Antipodean audiences had seldom (if at all) witnessed the likes of levitational front man Pat  , whose sweaty splits , 720 degree spins (all before completion of the first song!) had local audiences gagging!!  The Schizophonics combine the swagger of James Brown breakdancing to the Stooges, with the sonic attack of  Hendrix and the MC5 in their hooky garage pop.

I-94 Bar will co-present the Sydney gig at Marrickville Bowling Club (shifted from the Hideaway Bar) on March 12. The Facebook event is here and tickets for that show are on sale here.