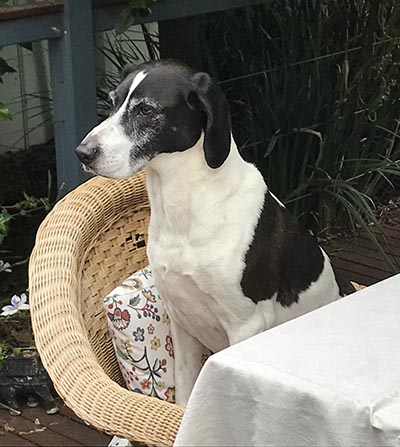 The Pretty Things, Tote. Close your eyes and you’re back in London, c1967. Dick Taylor is a genius. By Taylor’s own admission, if he’d stayed in The Rolling Stones he probably wouldn’t still be playing. And that’d be tragic.

Black Bats. Anyone who says there’s no good new music around is either lying, has their head up their own arse or isn’t trying. Black Bats are part of a cadre of young Melbourne garage-psychedelic bands writing great songs. Check ‘em out. And while you’re at it, keep an eye out for Double Polyester as well.

Alice Cooper Band, first five albums. I once had the opportunity to interview Alice Cooper. I asked him a couple of questions about golf: what to do about a natural fade that’s prone to slicing onto the adjoining fairway, and the correct psychological attitude to have when you’re faced with a 10 foot putt. My golf game hasn’t improved, but I think of Mr Furnier whenever I’m putting for par.

Spencer P Jones - "The World’s Got Everything In It" EP. Released originally in January 1995 six months after the superb Rumour of Death album, this EP features the short-lived second incarnation of the Holy Spirits: Spencer, former Triffid Graham Lee, Rosie Westbrook on bass and one-time Circus Oz drummer Tanya Cavanagh on drums. "Rumour of Death" and "The Rain Came" are amongst the finest tracks Spencer ever wrote. The fourth track, ‘History is Made at Night’, was used by Gypsy Lee as the soundtrack for a burlesque routine.

James McCann and the New Vindictives. Rock’n’roll through a punk lens, spiked with plenty of attitude. You know you want it.