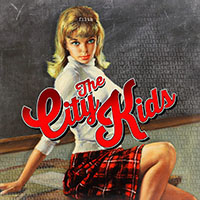 The title and lead-off track just explodes out of the speakers. “Alone” is a head-banging joy.

“It Should Have Been You” features tough guitar riffs and John “JJ” Watt’s gritty vocals. A winner. “Heartbreaker” has some wonderful Stooges-style wah wah.

But it’s “Scars” that’s the stand-out track on this album - and that’s saying something because all the songs are fucking outstanding. “Scars” is punk rock played at its finest.

“Self Rightoeous” and “You Wanna” kick arse big-time. “Something Faster” is a very heavy track with more great drumming, “Ghosts” is a foot stomper and the closing “Yesterday” the closest thing to a ballad on this album and a perfect end to a mighty fine recording.

Well Barfly lovers of everything metal and punk, underground glam rock, hair bands and everything else that isn’t woke, here it is. One of the best releases of 2022. Find it on all streaming services right now or grab a physical copy.

So glad that this band came to rock my Farmhouse.

if I don’t contribute any more scribbles before Christmas, take care Barflies. Drink up and cheers to all.