“The Chariot” is an oi oi blast that kicks off the record and sets it up. Great tune. “Red Stone Cave” has those guitars locked in a twin attack – just like the classic Birdman line-up. “Common Goal” just smacks you with lyrics that are witty and relevant; “Bloody” has some power drumming, as does “Claymore”. “Alone” is just classic old-school punk, but for me “The Knife” is the stand-out track. It's just so bloody good with strong riffs, a great bass-line and those vocals. WTF! What a tune!

“Basecamp” is the band's second album, following “Our Path” from 2018. It was recorded by Jason Fuller (No Class, King Parrot) and he’s done a wonderful job getting this band’s full sound down. They must have had a ball recording this.

You might have already had the pleasure of seeing The Clinch supporting Cockney Rejects, The Exploited, Stiff Little Fingers and Australian gods B. If not, there is a gig coming up on April 18 at the Bendigo Hotel in Collingwood, Melbourne, for the album launch, and there are some great bands also on the bill - No Class The Stripp, just to name a couple. I am very much looking forward to being escorted by Queenslands Gig Queen for this most awesome night of Rock ‘n Roll’/ Punk Rock. Earplugs will be needed.

So in summing up, this is a must for any lover of old school punk.

The Clinch on Bandcamp 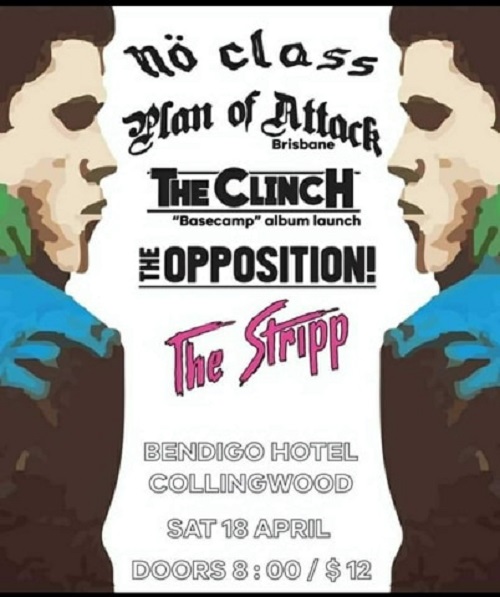