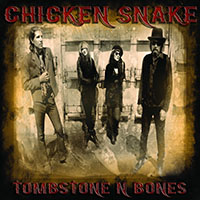 We were in a diner eating breakfast in downtown New Orleans about 25 years ago, labouring through the aptly-named "Hungry Man’s Special" (eggs, toast, links, bacon, and enough salt to saturate the Mississippi Delta), when a couple of locals at an adjacent table heard our accents and started up a conversation.

“Where y’all from?” they asked. Geo-cultural introductions completed, the discussion strayed onto the social, economic and political idiosyncrasies of New Orleans.

“Y’all know why the roads are all so bad ‘round here,” we were asked rhetorically. “It’s ‘cause Washington said we couldn’t have any money for roads until we raised the drinking age to 21! So we said ‘Fuck you! We’d rather have our beer than decent roads!”

The explanation of New Orleans’ comparatively unimpressive road infrastructure may be apocryphal, but the uniqueness of the city (Noo Orl’ns) and Louisiana generally is pronounced. Colonised originally by the French and sold to the United States to pay for Napolean’s military frolics across Europe, New Orleans is unlike anywhere else in the United States.

The French colonial influence can be found everywhere from naming conventions to food, to architecture, to the more liberal attitudes to pleasure with which New Orleans is often associated. In fact, in the immediate aftermath of the devastating Hurricane Katrina in 2002, some outspoken conservative church leaders suggested the cataclysmic event was God’s revenge for New Orleans’ sinful ways…

Jerry Teel came to New Orleans via New York City, where he forged a storied career with such legendary underground bands as Boss Hog, The Honeymoon Killers and Knoxville Girls, as well as running the equally legendary Funhouse Studios in the same city. Since 2009, Teel has been kicking around in Chicken Snake with his wife Pauline, Jessica Melain and Josh Lee Hooker.

This is an album that drips with the blood of the blues, screams with the pain of tragedy, and basks in the warm glow of redemption. It starts with “Muddy Water Mystery”, a casual wander through the ankle-deep waters of the swamp, the mists of The Gun Club just starting to descend as the song slides to a halt.

“Baby Stop” is the best song never recorded by the Stones before Keef and Mick Taylor were suffocated by cheap French smack (and, if you squint hard enough, a bit of old school Dolls riffage for good measure). “Walkin’ Blues” is an old school blues call-and-response, with Jerry (whose softly-spoken, affable demeanour suggests he’d never be shut out in the dog house by his nearest and dearest) and Pauline acting out the part of a hard-boozin’, tough-lovin’ couple.

“Donna Lynn” locks into a groove that’s so strong it leads you down the path to a higher consciousness, opens your lost neural pathways and shows you just how fuckin’ narrow-minded you’ve always been. This is the dream you never want to stop. Ever. And the Side 1 closer, "Black Crow Talkin’ Blues", is all folksy and home-spun beauty, a bowl of gumbo with all the spices.

Side 2 opens with a cover of Spencer P Jones’ “Hot and Cold”, from Spencer’s 2007 album, “Fugitive Songs”. Spencer’s original hasn’t an ounce of fat on it; with Pauline Teel on vocals, the track dons its Sunday best and swans down to the local church for some hell-raising good times.

“Black Pony” is a frisky little devil that just can’t get enough, doesn’t want to stop, and nor should it. “Rich Man Blues” is a souped-up country track on the return side of exiled Stones. “Lay It Down” is thick with the atmosphere of sin, the preacher’s tale that might have turned the late Billy Graham on to the cause of the demon rock’n’roll. The album rounds out with the title track, a haunting tremolo atmosphere and Jerry and Pauline’s soft harmonies.

What else do we need than Tombstone N Bones for genuine salvation? A long-awaited tour from Jerry Teel and family to Australia, that’s what. Surely Donald Trump is enough to give anyone in the US the reason to take a working holiday in Australia.