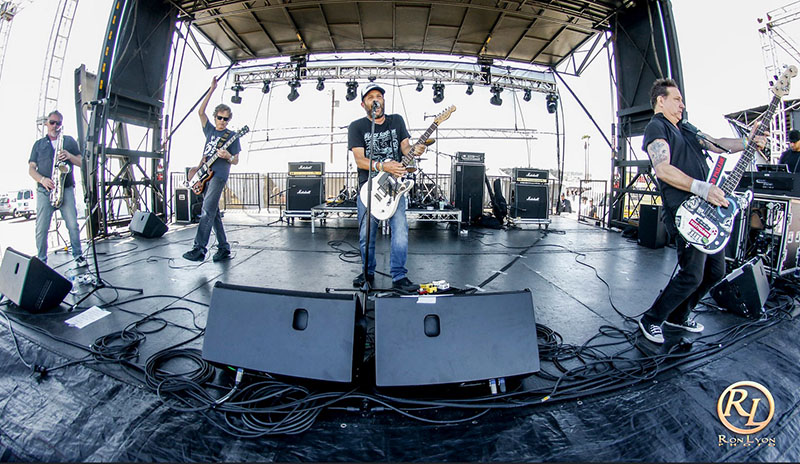 City Kids/Suicide Notes – "Rats!"
I have to confess that I sang some backing vocals on this, but this split-album by two of my favorite UK bands is filled with fun covers by Alice Cooper and Faster Pussycat plus barnburner new originals and rarely leaves my playlist.

Alice Cooper – "Detroit Stories"
A mix of Detroit covers by Bob Seger, MC5 and his Motor City peers, plus rip-roarin’ sleazy originals, this is by far the best Alice has sounded in a decade (but to be fair, he always sounds pretty great).

B-Movie Rats – "Simmer Down: Live at The Bluebird"
This Bandcamp exclusive is a lost live album is by one of Los Angeles’ best unsung hard rock punk bands from the ‘90s and reminds me why I saw them live sooooo many times back in the day.

Steve Whiteman – "You’re Welcome"
The first solo album by the KIX frontman is exactly what you’d like/hope it is: fun-filled glammy hard rock about girls, sex, cars, love, partying, and girls. The guy still sings his ass off too.

Nashville Pussy – "Eaten Alive"
This superb-sounding live album reminds me why I have been a fan of this band for nearly 25 years…because they are untouchably AWESOME!!!!

Jason Ringenberg – "Rhinestoned"
I’ve always loved Jason and the Scorchers and the latest solo endeavor by the frontman himself is as solid as they come, a rollercoaster of country wester rock ‘n’ roll.

Deniz Tek - "Take It To The Vertical"
This reissue of the Radio Birdman guitarist’s debut solo album was an unexpected treat mainly because I never knew of its existence in the first place. And man-oh-man is this album GREAT!!! It’s like Birdman but bluesier, and the production is crystal clear.