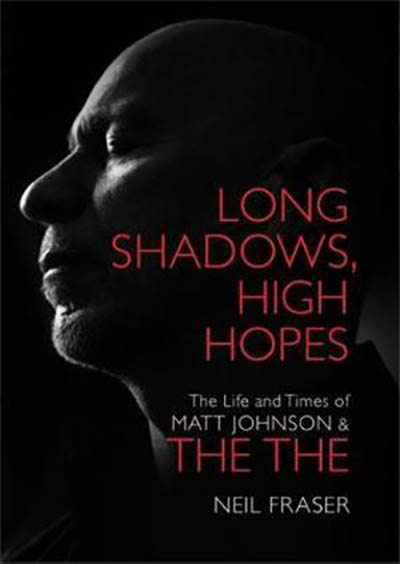 Seems Johnson played Sydney a few weeks ago (tchah!) and is playing here in Oz again in October. Matt Johnson should be huge, still ... but here's a quote from the Herald Sun about getting royalties from online streaming ...

“It’s ridiculous. You get these huge statements, hundreds of thousands plays and at the end it’s 234 pounds. It’s worthless. The digital statements all musicians laugh at, they’re three inches thick and it’s just pennies.”

And the truth is ... Matt Johnson is a real human being, clever enough to avoid superduperstardom, intercourse with reluctant giraffes in Trump Tower and blue M&M-filled swimming pools.

Neil Fraser tells Johnson's story of a rather talented but somewhat lost fellow who, in the time-honoured way of artists of all stripes, buries themselves in their craft, learns the techniques and contours and possibilities over several years. It ain't for everyone, because not everyone can remain focused and determined for so long. Worse, even fewer people become successful ... and remain so.

His early manager, Steven “Stevo” Strange erm... does not come out well from this book. Mind you, Johnson only comes out marginally better, as both let their youth and freedom well and truly get the better of them, their (rather infirm) judgement (the book begins with the pair absconding from an important, break-through recording session and driving around the USA).

Once Stevo oversteps the mark too many times, the book gets down to the albums and the struggles Johnson has as both an artist (which he is) and a man; all I'll say about this is that I doubt the story has ended, and it's rather like watching two incompatible siblings attempt to live in the same house. There are, to put it mildly, fireworks and dramas.

The The plays the Melbourne International Arts Festival, Arts Centre, State Theatre on October 4 and 5,.You'll have to check if there are any tickets left.