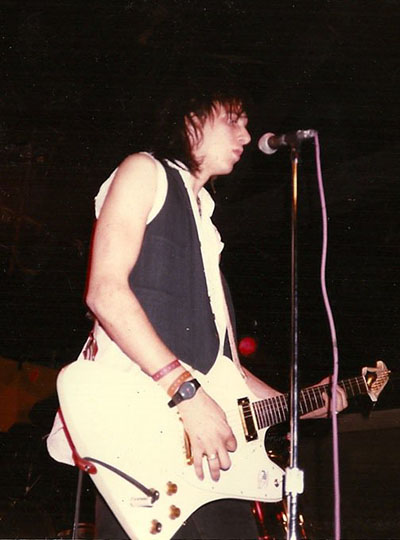 Please stop referring to Biden-Harris as "the left", as they are all gung-ho and ginned-up about passing Biden's sequel to the Patriot Act, that brands all activist organizations and indie media truth tellers as "domestic extremists", which will be used by racist Klan cops and nationalists to squash and silence the left; or demonize and criminalize progressive movements that threaten profits of one percent corporate-state. They are using the crazy Q riots as an excuse to make more laws against assembling to demonstrate or even communicate with each other on the surveillance-grid.

The worst part is it is exactly the Q right wing cop types who will be entrusted to even more aggressively crush dissent. Like when Obama said he was gonna suavely watch it play out, while corporate mercenaries brutally attacked and abused water protectors at Standing Rock, or when his admin started Cointelpro-disrupting and infiltrating and spying on Black Lives Matter and Occupy Wall Street activists.

Why did oligarch Bloomberg switch parties and pour a billion dollars into undermining the populist Sanders platform? Because these billionaires do not want to ever be taxed, or have a transparent government, or be held accountable for their war crimes or domestic wrongdoing, or to allow popular discourse to stray away from "Russiagate!" hysteria, that blames all our domestic problems and spiralling poverty on external boogeymen, rather than venal greedhead Wall Street swells. Remember when Dee Snider, Frank Zappa and John Denver went to congress to defend free speech from busybody Karens who thought wealth and power gave them the right to deplatform anything they personally disliked or found offensive, like PRINCE singing about Darling Nikki masturbating to a magazine? A community is made up of us-people like you and I, we-the-people - not just a few rich social engineers, at the top. so community standards should be determined by us, not them.

Exile, eviction, censorship and silencing are nothing new to old-school punk rock diehards, who've been steadily driven from our own, once Bohemian turf, in city after city, these past 25 years, by the evil forces of condo and hotel building developers and tech money and big banks. Anywhere we created underground venues, alternative art spaces, and community hubs, where cool people could do their thing, unhindered by corporate-control, or booj narrative managers, or fake-liberal infiltrators, and fauxgressive agent provocateurs, saw class-gestapo deployed, rents raised, pay to play politics, and the usual frat boy posers and meatheads takeover, and destroy the whole scene. I been banned from writing for magazines for being critical of Obama - who one influential and historically important trans-heroine said could never be challenged for any reason whatsoever; another, for not liking the White Stripes and The Strokes; and another, for reporting facts on the ground, first-hand, eye witness accounts of uprisings that conflicted with cop cover stories preferred by my former editor.

Cops killed a guy in my alley, shot him eight times in the back before screaming, "Drop your weapon". Right wing dicks with no real interest in music would appear on the scene as the self-elected new boss, pushing out the poor, with their parent's money, fire all the cool people, and turn the whole neighborhood into sports bars for racists and rich jock people. Buy up all the lingering poor people to work for them. Appalling stuff.

So many talented artists and writers and musicians I knew could not get airplay on public radio, post-No Depression - in spite of all my own best lobbying attempts, or written about in entertainment weeklies, or even signed to little labels, after the evil corporations consolidated the entire mass-media, boarded up the cool and historical venues, and all those phony baloney money-hoarders invaded our basement show way of life, during the alternative-hoax of corporate grunge-ya know? Good music was being ignored, talented people could no longer afford rehearsal spaces, or insurance on vans, or recording costs.

You'd have guitarists quit your band to join rich people bands, even though they fully knew they sucked. People were getting evicted from squats, stop n frisked, arrested for loitering, or other bogus, no-victim, bullshit chump-charges, generally hassled all the time, when the yuppies decided to take over the once affordable art ghetto. One friend of mine fell out a car window, one died homeless on the streets of New Orleans, three were murdered, countless O.D.'s and suicides, two stabbed to death. One ran over, by a hit ‘n’ run, speeding Porsche, while waiting for a bus in L.A. Five  died, recently, of death-plague related issues, one leftist loudmouth influential activist died mysteriously with unresolved questions. A cop killed a bass player during a medical emergency. Assholes, racist cops, landlords, pants-suited war criminals, and bully abusers still fuckin' thrive, without any fucking genuine accountability, EVER, though, ya know? 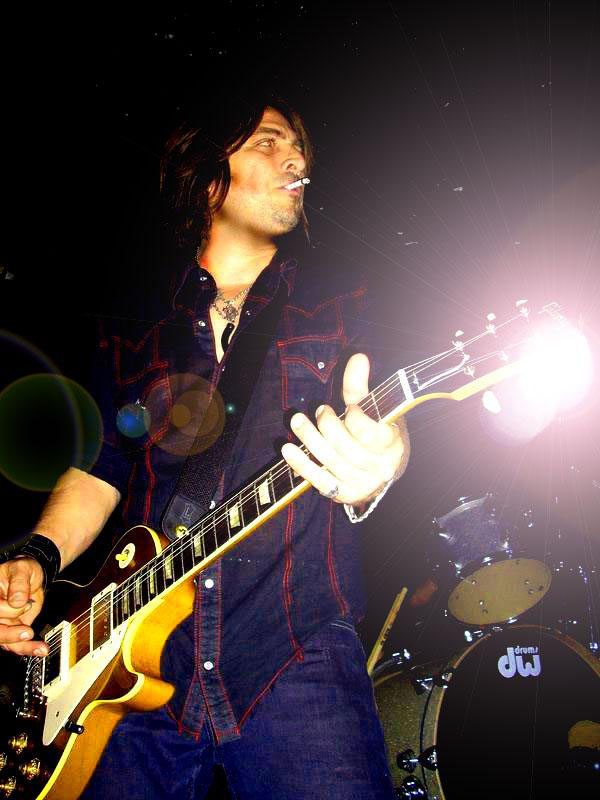 Right before I got the boot from police state blue, social media, I read the sad news that an extremely talented and influential Hollywood underground, pioneering glam rocker, TAZ RUDD, has died. He influenced a lot of people from the '80s punk scene, including Guns ‘n’ Roses. He played in Stalin with Izzy Stradlin, Decry, Rock City Angels, Shanghai, Symbol Six, the Atoms, Der Stab, Flower Leperds, Pirates Of Venus, Voodoo Church, Aces & Eights - who had (heart of GNR real and only true drummer) Steven Adler and Slash guest star onstage with them, when they played the Viper Room - and the Wrecklords, when he was in jail. I didn't know the guy, but an awful lot of my long-time friends did. I loved all his bands.

You know how all your collegey, p.c. identity politics bruncher friends who never met Hillary, Pelosi, Mayo Pete, or Kamala instinctively "IDENTIFY" with their hunger games inauguration costumes, and always reliably rush to defend and polish their Libya bombing, red carpet reputations? I guess I can just kinda "IDENTIFY" with Taz, by all accounts, a talented cat, who was in a long trail of popular bands, and was studiously copied and imitated by his more famous friends. He reportedly died in a homeless camp, in a violent dispute, over a staple gun, or something. It's very saddening to me. Although he had a storied, troubled life, and even did significant jailtime, I can't help but really feel for the guy. PRAYERS UP FOR HIS ROCKNROLL SOUL & ALL HIS FRIENDS AND LOVED ONES!

Cloistered middle class TV people are all dead numb to anything bad that ever happens, except if a rich celebrity politician is critiqued from the left, or if a panhandling veteran makes them feel "uncomfortable" or whatever, but some of us proles and gutter urchins and people who have not killed off our own most basic values and humanity for prestige or position or allegiance to the new world order are all supremely bumblefoot that another self-destructive bluesman rocknroller's life was snuffed out for no good reason-really coulda been most any of us rambling outsiders, anarchist dropouts, banished whistleblowers, or undesirable street people.

One of my adult children and a couple of my very cherished dear and inspirational gypsy punk comrades have the dreaded Covid, right now. Still no basic income checks or emergency halt to evictions, but the oligarchs at the top have thoughtfully provided us with a foxy politician who has free healthcare we can empathize or identify with.  They enlisted the manufactured Crayola diverse Ken N Barbie/Vanity Fair celebrity culture politicians to promote another undemocratic new Patriot Act Part 2, war on free speech and peaceful protest, branding all us "Bernie Bros", Green Party, Movement for A People's Party, leftist activists, water protectors, immigrant children advocates, and anti-police brutality movements as, "domestic extremists", or even "insurrectionists", AS IF we are the blue lives matter/xenophobic right wing/ militia Q cult/ honky cop fanatics, limiting and prohibiting our presence in public spaces, when they ought to be promoting universal healthcare for ALL and an immediate end to killer cop impunity, an end to REAL COUPS like in Venezuela, an end to corporate propaganda media, and an end to bullshit forever wars. Shit's fucked up in the USA USA and we should all oppose more bogus wars for oil, Musk minerals, or landgrabs for Greater Israel. STOP THE WAR ON YEMEN! FREE THE CHILDREN FROM IMMIGRANT GULAGS! REUNITE THE FAMILIES! HOUSE THE POOR! FREE ASSANGE!  R.I.P. TAZ