Sonic's Rendezvous Band: The One That Got Away - &quot;'HILL &amp; BROOKS&quot;

Management of the band was handled by Chato Hill, a Vietnam veteran, and Freddie Brooks, a native of Cleburne, Texas, who'd had a White Panther chapter in Fort Worth (their office was next door to Joe Nick Patoski's record store) before police harassment led him to flee to Ann Arbor in 1969. Freddie had been staying with Scott Morgan at Scott's parents' house.

SCOTT MORGAN: Chato [Hill] was Fred's manager, and when Fred and I started working together, Chato naturally became THE MANAGER, because I didn't have a manager. He was managing Sonic's Rendezvous Band. Freddie [Brooks] and I had worked together trying to do something out here in Ann Arbor, forming my own band; Freddie had helped me a little bit with that. So, I brought Freddie into the picture, basically, but once he was IN, he became like Fred's guy. 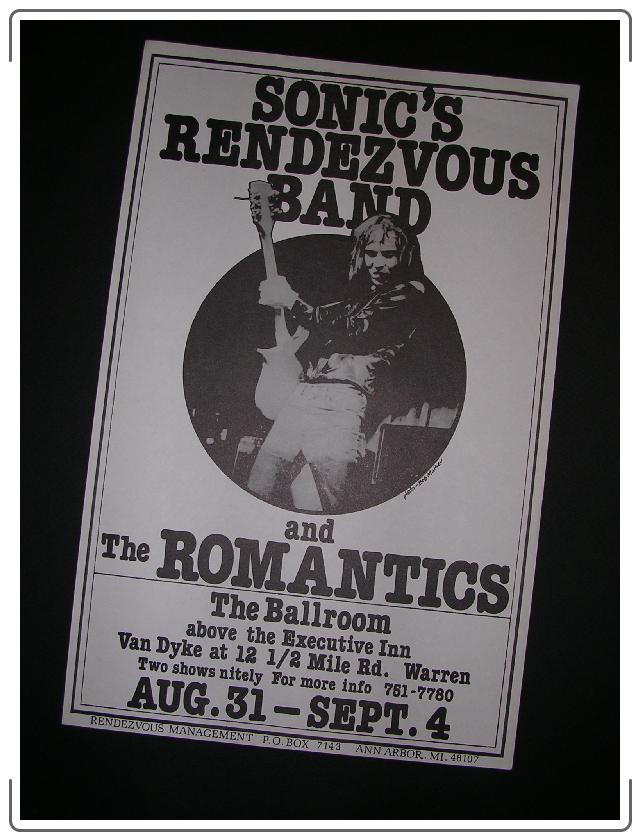 We tried to hook up Chato and Freddie, call it "Hill & Brooks Management" - 'cause we thought "Hill & Brooks" sounded real pastoral. They weren't goin' for it; they were like oil and water, it just wasn't gonna work, so at that point, Chato became like the "executive manager" and Freddie was like the "working manager," the guy who did all the day-to-day stuff. Chato was like the overseer, the guy who put up the money for us to record "City Slang" -- basically he was like our backer, and Freddie did all the legwork. He did all the booking, and the posters, and roadie-ing, and all that stuff.

It was kind of a watershed period, because "City Slang" came out, and at the time we were putting out our first single, which was a great record, the inner dynamics of the band were changing in a negative way. There was all this acrimony between me and Fred, and it started sending us on a downhill slide that we never recovered from.