"What Would I Know?"
Brian Hooper Album Launch
The Prince of Wales, St Kilda
Friday, November 16, 2018

Brian Hooper had a lot of friends, supporters and contemporaries in the Melbourne music scene. For a while Hooper was a ranking officer in the Melbourne Music Mafia. He’s all over Spencer Jones’ "Rumour of Death", hooked up with Rowland Howard in the 1990s (which led to the brilliant "Teenage Snuff Film" album), hung out in a drug-induced haze in The Voyeurs and, most significantly, helped define and construct the brilliant but decadent image of the Beasts of Bourbon.

It took a while for Hooper to start making his own music. Hooper had started work on some songs around the time he had his near paralysing accident in early 2004. Juan Iturrarte from Bang! Records heard some of Hooper’s songs and offered to put out Hooper’s first album. That record, "Lemon, Lime and Bitters", was followed by "The Thing About Women" and "Trouble". Hooper wasn’t ever one to keep his thoughts to himself. Alternately angry, remorseful, bitter, excited, proud and passionate, Hooper was, above all, honest.

I remember running into Hooper in the lift at the building where we both worked, about three years ago. He’d just come back from a weekend at Andrew McGee’s house-cum-recording studio in Nagambie. How did it go? I asked politely. “It was shit, didn’t get anything done,” was Hooper’s blunt reply, delivered as always with a faint smile. A couple of months later McGee listened to the recordings from that weekend and decided, contra the artist’s negative assessment that there was something to work with.

Despite Hooper’s initial misgivings, gradually the album took shape (at the same time Hooper started work on a second new album project, which too should soon see the light of day). When Hooper realised his days were numbered earlier this year, he asked his wife Ninevah to prosecute the release of his new albums. 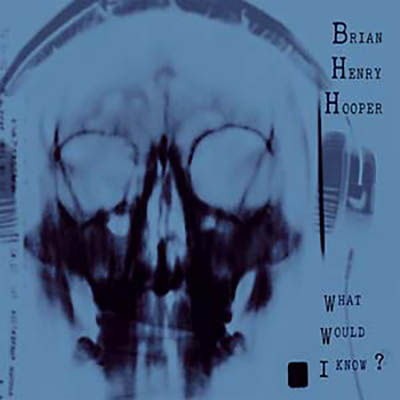 In a night of highlights, a few moments stood out: Kim Salmon grasping the microphone like a wild preacher filled with the spirit of punk rock, channelling the attitude which had infused Hooper’s colourful life in music.

JP Shilo, the dexterous, talented and mercurial musicians whose fingerprints can be found on anything dark, dangerous and beautiful in Melbourne rock’n’roll.

Gareth Liddiard contorting his body like a corkscrew underneath the microphone, like Salmon seemingly possessed by some greater force. Mid-way through the set Liddiard drops into a post-Surrealists mode, the thundering, jarring chords a trip back to that back-handed review of the Surrealists back in the mid-1990s: ugly hateful music for ugly hateful people. But that’s the model Salmon, Hooper and Tony Pola wanted to explore.

Hooper’s new record is given the empathetic treatment it deserves. The album drips with emotion, and there are moments tonight when you can cut the air with a knife. It’s dark and beautiful, confronting and comforting. Measured, intense, reflective, cathartic. The Prince of Wales lighting is notoriously dull – maybe it’s to make the time-honoured black couture of the St Kilda rock’n’roll scene seem even darker.

(Oddly, the prevailing tone of the room is broken by spotlights directed vertical to the ground, like props from a sci-fi TV show – at one stage Scientists Boris Sujdovic, who’s watching from the crowd, remarks in his hilarious deadpan manner that ‘he tried to leave through one of them’.)

Michael Halloran, musician, author, sometime social psychology academic, enigmatic rock’n’roll type and great friend of Hooper’s, has made the trip back to Australia from his current home of Mexico. Halloran did a sterling job of MC’ing Hooper’s funeral, and tonight he’s just as impressive. Tim O’Shannassy is the goods on drums, and Steve Boyle can’t put a foot wrong on keys.

But it’s the finale that sticks in the mind the longest. "Motherfucking Motherfucker", a song that builds with intensity like an argument destined to end in violence. It’s Hooper at his angriest and most emotional. Fuck this shit, fuck everything, get fucked, I’m going to pour out my trauma in song. Liddiard relishes the opportunity and rises to the challenge. When the song ends, there’s a moment of reflection, almost as if we’re expecting to see human debris strewn across the venue.

By definition the night is incomplete: Brian should have been there, and Spencer would have been pissed off he missed the opportunity. And Conway surely wanted to play his old friend’s songs. But alas, no. But what we got will never be forgotten, just like Brian Hooper.