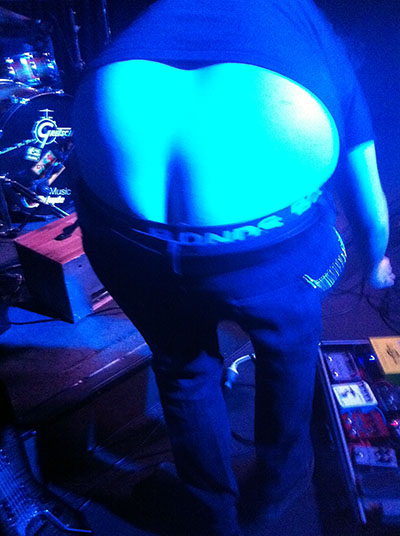 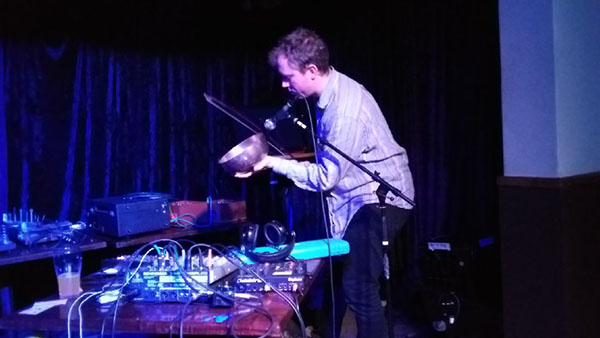 Botanic Gordon (aka Brad Cameron) hasn't played live in a while. It rather showed in the amount of time it took him to set up - much of which involved plugging cords into rectangular bits of equipment.

What Botanic Gordon does is to set up tones and rhythms on an assortment of instruments (such as a bow scraped on two different brass bowls), then create a series of loops, alter them slightly, and insert random radio snippets - all live. Nothing pre-recorded. Which must read, I suppose, as if the result would be a hodge-podge of random nonsense. In fact, Botanic Gordon produced two involving pieces - the first I found rather sad, the second rather Kraftwerkian and decidedly danceable. But still... powerful. Listen here. 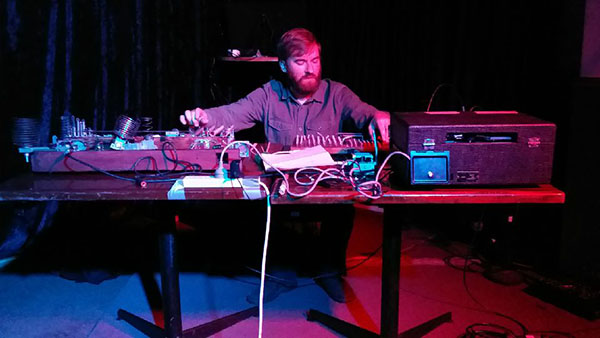 Leitmotiv Limbo were up next. Another chap with a table of gear. This time, however, the gear appears mostly home-made. Lots of volume and reverb and so on to get the most out of a box of metal, carefully arranged and miked up. You'd think that hitting bits of metal would be equally, well, nothing much. You'd be wrong. Just fantastic. The reverb had an annoying top end to it, but that added to the off-kilter dynamic, with powerful rhythms racketing around the room. Equally as hypnotising as Botanic Gordon. See for yourself here. 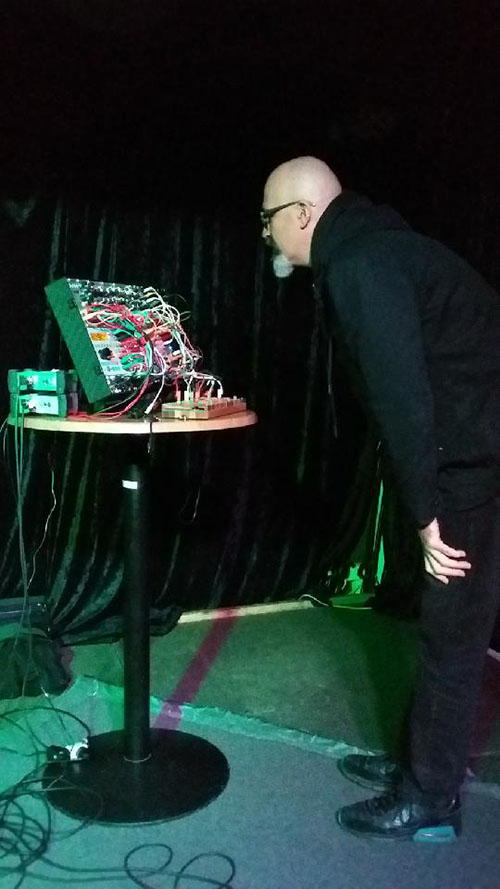 The next outfit was another chap at a table; R.Domain. This time, god alone knows what the fuck that thing is. Instead of facing us and concentrating on his instruments, as the last two chaps had done, he was side-on to us and completely plugged in to the machine. No keys, that I could see. Just plugs and a lot of wires, knobs and a few buttons. And quite a few flashing lights. On his FB page he describes it as "modular synth and a touch sensitive organ made out of wood." From the chuckling brook to the bellowing bear, we went from acid krautrock to squarehead enya. Completely riveting. He's on Bandcamp. 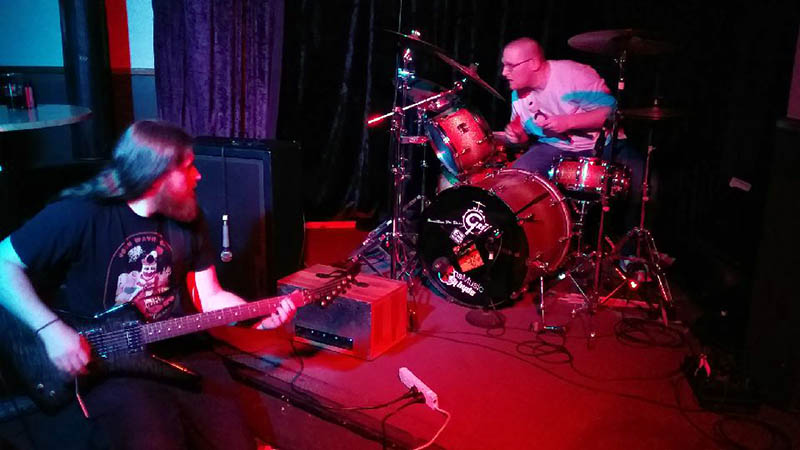 Vomit of The Universe: Pass the sickbag.

On last (and bravely sober) Vomit of the Universe rapidly set up their drum kit, the guitarist opened a large metal box containing far too many pedals to be healthy ... and. Right, imagine a sort of modern metal approach to 'LA Blues', without the sax and with a much less random nature of things. Jordy hammered the kit so hard by the end he looked like he was in shock, Adam took us through a fast and bulbous guitar workout using effortless chord structures (some of which looking rather awkward to play) with (for a guitarist) surprisingly few widdly bits. To our left two punters simply erupt in pent-up frustration, one dancing like a fighter, the other mostly prostrate, slowly shredding his arms on the carpet and losing his clothes. From that description, some Adelaide folk will instantly know their identity. Check 'em out on Bandcamp.

There were no fancy introductions tonight; each outfit simply set up, and got on with it, barely paying much attention to us. We were just in the room with them while they went about their business. Their music spoke, and we went away feeling a lot better about the world.