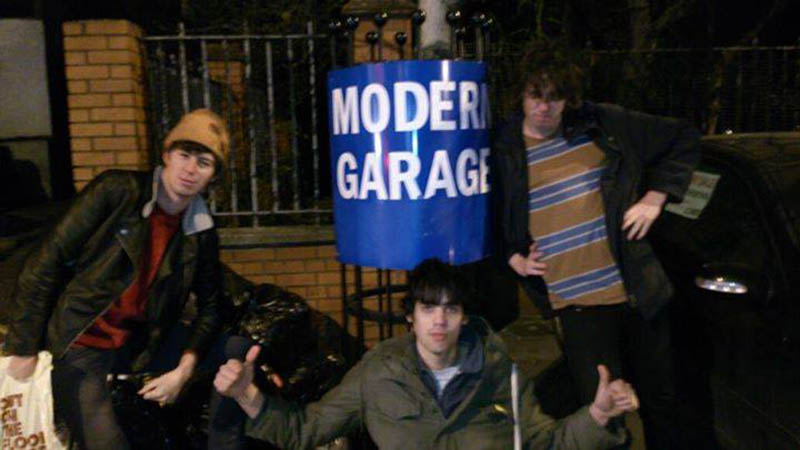 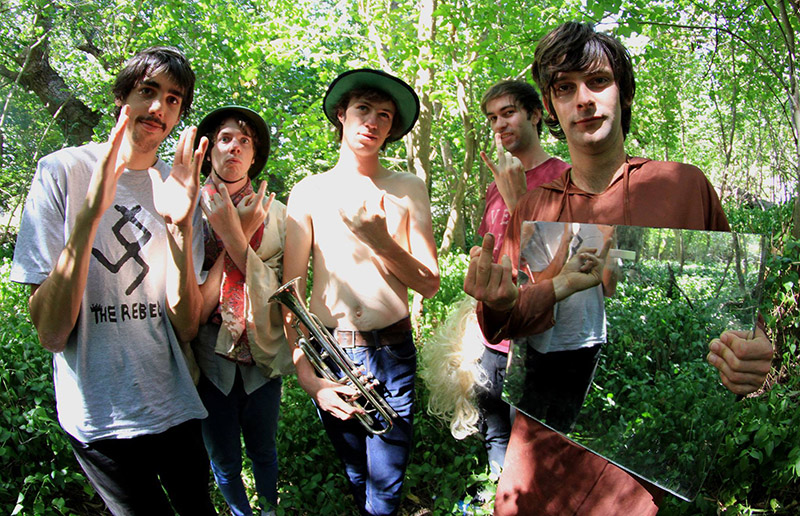 Frowning Clouds back in the day.

But that was the great thing about the Frowning Clouds, that sense of youthful exuberance that pervaded every time they appeared. None of your earnest, introspective wannabe politico-social cautious commentary here, just unbridled adolescent fun, bouncing ‘60s hooks, who-cares-just-enjoy-your-own-trip fun times.

They’d sprung out of Geelong, an idealistic antidote to the Detroit rock dirge of the 1980s local rock’n’roll community, inadvertently becoming the vanguard for a scene that would spurn King Gizzard and the Lizard Wizard, Living Eyes, The Murlocs and a slew of disposable but undeniably enjoyable garage psych bands. They had the look – mop top, paisley and mod – and they just seemed to be on their own trip.

Scroll forward to 2022 and Frowning Clouds are back, if ever they were even gone. The scene is The John Curtin Hotel in Carlton, a venue whose future had seemed shaky earlier this year until the Victorian union movement called up the spirit of Jack Mundy and defied the venue’s new owners to transform it into a shitty apartment complex for coked up negative gearing financial planners and IT professionals.

The Curtin has plenty of aesthetic charm and rich political history but there’s always something discombobulating about the place. Some years back, we took a wrong turn on the ground floor and ended up walking through the kitchen to the surprise of the staff. The stairs leading up to the band room leave you in the middle of the room, as if you’d arrived courtesy of some ‘60s sci-fi teleportation gizmo. Do I turn left or right and where is the bar again? Oh, that’s the stage, sorry.

I’d missed the first band, Yep!, but arrive in time to see Mug, a three-piece outfit whose set ranges from ethereal Royal Chord/Beach House-ish soundscapes to electronic post-punk excursions, a bit early ‘80s without the foppish attitude and haircuts. It’s minimal and captivating and the last track packs a serious pop punch.

And then The Frowning Clouds. They’re recognisable but a bit more mature.Zak seems half-way respectable, Daff on a bushranger beard trip, Nick is the same but older, just like Ben and Jake. Feel good riffs scooped up from the Sunset Strip, glistening harmonies, that hip-shaking rhythm that sums up everything good about the ‘60s and ignores all the contemporary pious bleating of baby boomers who claim to have changed the world.

It was an era when the discourse of relationships was simplistic to the point of subjective obfuscation. Emotional existence is a binary concept, navigated via three chord pop songs and Rickenbacker passion. I love you, you don’t love me, I’m sad, it’s all not fair, I have to move on. But I can’t.

The mood in the room feels good, very good. There’s a decent slab of material from “Whereabouts”, the Clouds’ second and arguably best album, plus some tracks coughed up on the recent “Gospel Sounds of the Church of Scientology”.

How can you not get your groove thing going to a track like “All Angles”? Or marvel in the Bo Diddley/Yardbirds love of “Propellers”? And the witty word anagram “Shoe Suede Blues” is a Trojan Horse for a slick and charismatically sleazy psych-blues pop track that seduces you into a world full to the brim with innocence and idealism. It’s all as fresh as the day it was created. This is where music should take you.

There’s no encore, unfortunately, but you should always leave your audience wanting more. How could you not have a shit-eating grin on your face? Long live The Frowning Clouds.