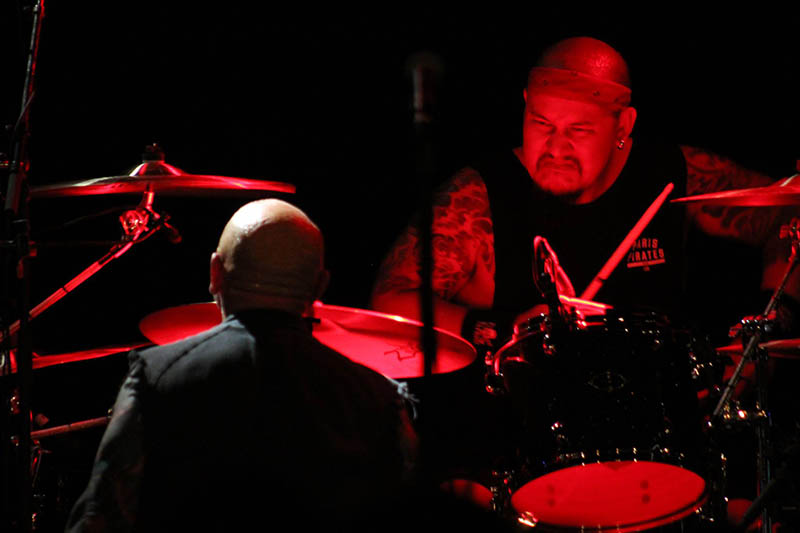 For those not acquainted with Australia’s myopic political scene, the singer of Rose Tattoo has views that do not align with many people of the opposite persuasion who possess a keyboard, access to the Internet and a spare few minutes. But rather than direct their anger at Angry, they slammed the Hard-Ons for agreeing to be on a bill with a right-wing/reactionary/white nationalist. (Insert your own phrase.)

A couple points should be made here. The tour was announced long before the ugly and tragic events in Christchurch but amidst heated pre-election talk about, and by, extreme political figures.

There was a time when Angry Anderson was close to being declared a Living National Treasure. He diversified into a daytime TV personality and lent his profile to countless charitable causes. The ladies with blue-dyed hair loved him, largely oblivious or maybe because of his career as a scummy, bones-of-his-arse, drugs-and-sex rock and roller. Of course much of that died with the Mike Walsh Show and some poorly conceived public pronouncements about immigration over the years, as well as a tilt at a seat for the conservative National Party. 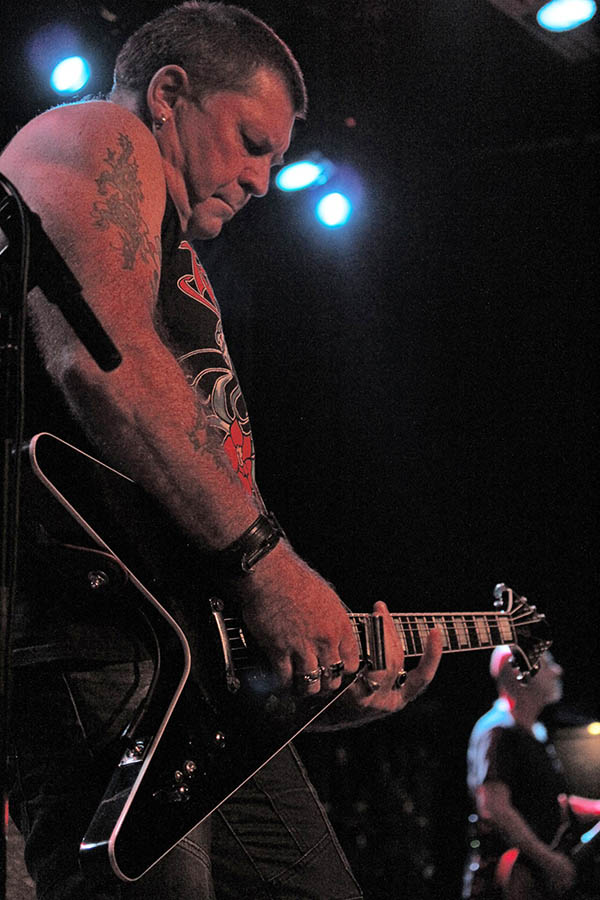 Dai Pritchard on the Flying V.

Separating a rock singer from their politics is hard for many people. Musicians’ political views are no more valid than the punters they entertain but, unless they put them front-and-centre when they step onto a stage - as Anderson has admittedly done in his traditional mid-set raves in the past - they’re incidental to the music. The Tatts were always more about the music.

The Hard-Ons are amicable, decent and publicly apolitical people who are wholeheartedly consumed by rock and roll. They might have stirred the shit out of certain segments of society when they were kids, but it was from being pushed to the margins and it was always tongue-in-cheek. I mean, young boys singing songs about hot chicks? They’ve also quietly done a lot of good work for a lot of people worse off than them. 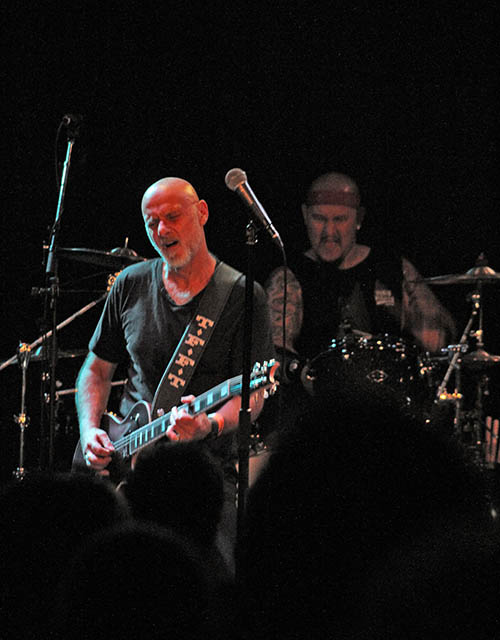 Bob Spencer in the moment.

As a band containing a white wog, a rice-chomper and a curry-muncher (terms used for effect), they had personal experience of suffering the barbs of the ignorant - including being physically by neo-Nazis in Ireland, so I found out recently. So lecturing them who not to play with should sit uncomfortably unless you've walked a few metres in their shoes. The reality is that Hard-Ons members saw this tour as a way to play with a line-up of the Tatts that was full of teenage musical heroes. I have it on good authority that Bob Spencer might have been kept busy, autographing Skyhooks records for one of them.

The smoke has settled, of course, on the keyboard warfront and there’s been much more important real stuff happening. Angry Anderson recently lost a son to violence. Just last week, Hard-Ons bassist Ray Ahn lost his dad to Alzheimer’s. The gig went on, regardless.

The Hard-Ons can be a perverse band. It’s simplistic to call them Jekyll and Hyde. There are the pop Hard-Ons and there are the metal Hard-Ons. They have a new album about to be released and presumably much of the unfamiliar material in their set came from that. It wasn’t a Greatest Hits exercise. This was an angry band. It seemed like they were going out of their way NOT to play up their melodic, pop side.

You do get varied sound at a Metro show, depending on where you stand. Tonight, Keish’s vocals were buried and Ray’s bass was an indistinct rumble. Blackie’s guitar dominated, but they probably sounded completely different elsewhere in the room.

So to the headliner. In case you haven’t heard, this is a star-studded Tatts line-up - perhaps the best in 10 years - and it’s been treating the boards for the last year or so in Australia and Europe. Bob Spencer (Finch, The Angels, Skyhooks) is the stellar guitar foil to longtime slide player Dai Pritchard and more than approximates the late Mick Cocks’ killer right hand. The band take their cues from him. Mark Evans (ex-AC/DC) is a consummate rock and roll bassist with a tone others covet. Jackie Barnes is the new-ish member on drums and is a powerhouse. And then there’s Angry. 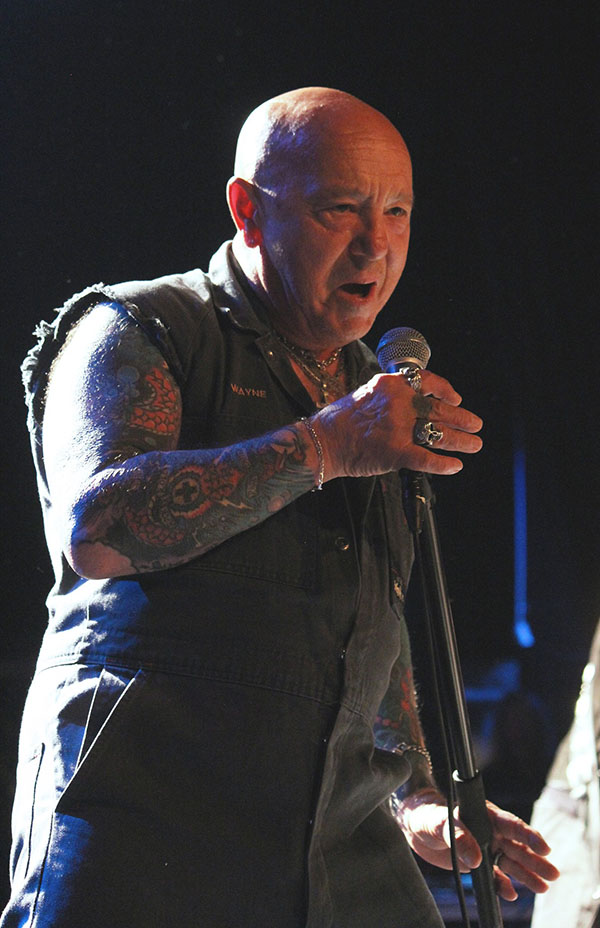 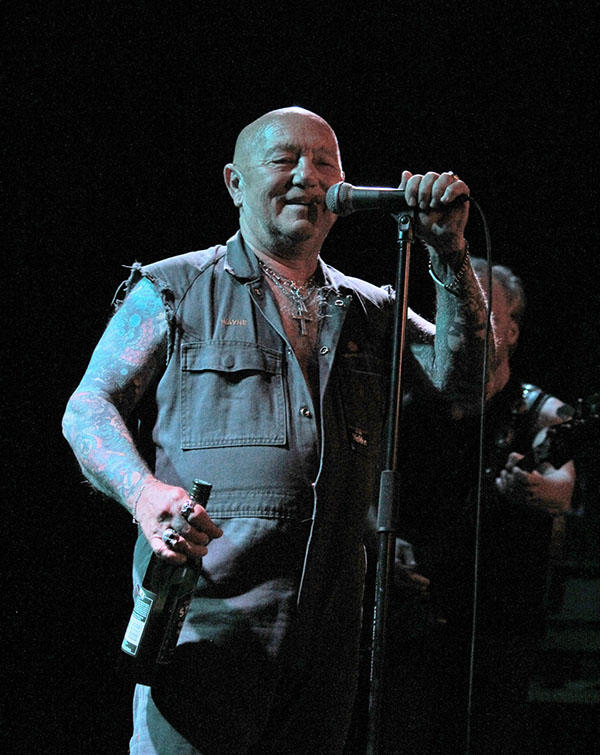 The man has carved a unique place in Oz Rock history. A blues shouter in the old tradition, he still has a set of pipes at age 71. He’s the sole survivor of a band that should have achieved world domination in the heavyweight hard rock division. Alas, some more pliable industry cardboard cut-outs took the crown.

Although this line-up has just recorded a new album with Mark Optiz, the set is what you'd expect from a band at this stage of its existence: Classics. "One of The Boys", "Tramp", "Rock 'n' Roll Outlaw" and "Tramp" are damn near anthems, "We Can't Be Beaten" isn't delivered with quite the same swagger. "Bad Boy" gets a jam band treatment (like a few of the old numbers) with solo-ing and re-arrangement to show off the stars. These don't always work but you can indulge the Tatts any minor excess. "Astra Wally" is face-melting. 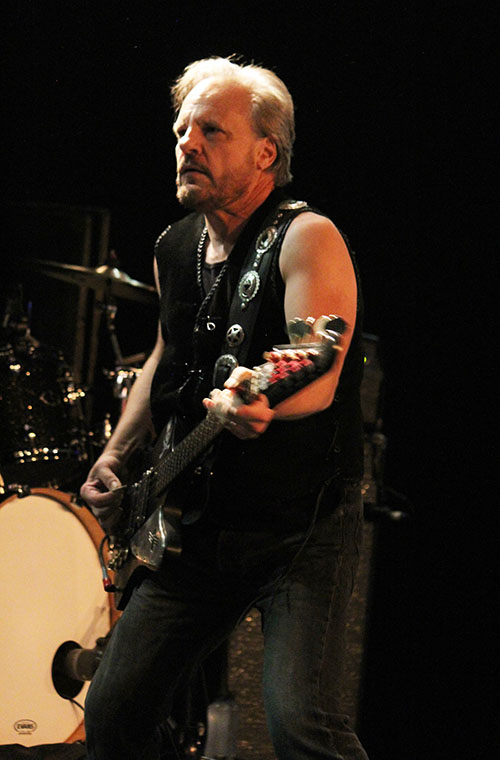 Mark Evans is happy in his work.

The players are radio-mic'ed and race from one side of the stage to the other, mugging and sometimes draping themselves over each other. Angry is in fine form, slipping into a loose rant about individualism as the Stone's Green Ginger Wine takes over.

Just like 99 percent of drummers on the planet, Barnes lacks the swing of the late Dallas "Digger" Royal but puts on a helluva show. Dai Pritchard is a fixture these days and while he lacks the tone and touch of Peter Wells, he's so much into the spirit of the classic line-up that he looks and sounds right at home.

Is there a more fitting finale than "Nice Boys? No encore and that's OK. None needed.