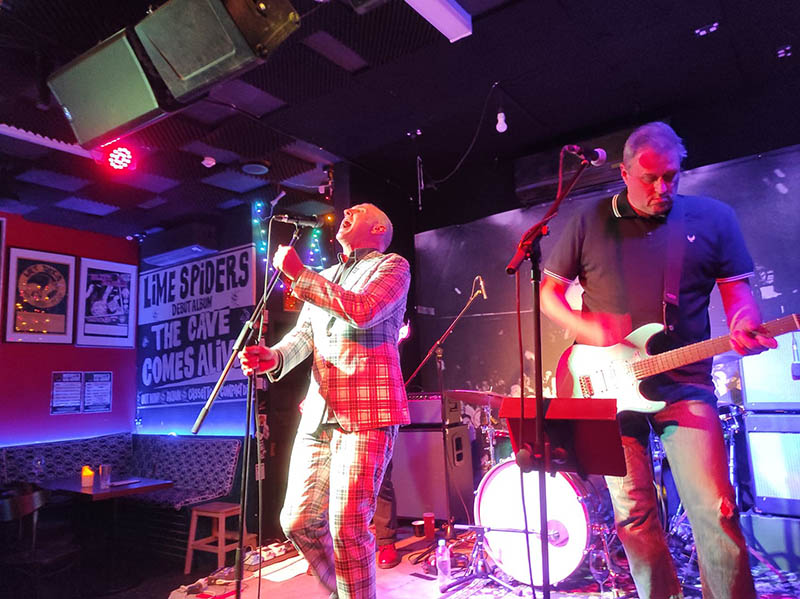 They wre ably supported by Paul Berwick (Happy Hate Me Nots) who gave us a sweet warm up with his 12-string and delightful vocal range.

From the get go, JC were on song. Most of the show featured new material for an upcoming album in 2021. Prominent were "Lachlan Valley Dirt (LVD)", "Coming Home" and what should become a classic, "I Stand Alone". Featured from their 2016 album "Service Station Flowers" were the opening "Dancing", "Weight of the World" and their signature "Streets of Newtown" - very appropriate indeed on King Street!

Interestingly, the new material showcased more of a deeper blues/roots style coming through. Brett's playing of two (not one) four-string guitars on "LVD: and others was, for a fella of Greek heritage, like me: "Midas well been a bouzouki". It was deep and meaningful stuff and probably as enthralling for all there in person as those at home experiencing it via the live stream.

Ro xburgh was clearly in his element. The 2nd Best Dressed Performer (after former King of Pop, D. Graney) was putting in his finest JC performance. Leica glass of red, he was serenading us. Twas a show that was priceless and left us hanging for more. #oldguysrule!