Baker’s distinctive primitive drumming style has defined much of the music he’s been associated with; his empathy with, and affection for, the garage punk genre is as vivid in the bands he’s played with as his classic Brian Jones-meets-Fred Smith pudding bowl hair cut. In the mid 1980s Baker also ventured to the front of the studio to record a cover of The Troggs’ "I Can’t Control Myself" and the original (and highly amusing) "Born to Be Punched". After The Dubrovniks broke-up in the mid 1990s Baker retreated to Perth where’s stayed active, but well under the music scene,at least east of the Western Australian border.

Baker’s name has cropped up again recently as one half (with Joe Reynolds aka Joe Bludge) in Perth duo The Painkillers. The band’s debut album “Drunk On a Train” is rightly receiving plenty of kudos (read The Barman’s glowing review here). Baker is about to make his first journey east in over ten years to promote the album. PATRICK EMERY caught up with the legendary James Baker in November 2008 to discuss his history, legacy and contemporary activities.

I’ve read that you were profoundly influenced by your time overseas in the mid 1970s when you saw many of the classic UK and US punk bands. What are your memories of those gigs?

My memories are great. It changed my whole attitude to music – not necessarily changed my attitude, maybe, because I was already into the New York Dolls and MC5 before I went away, but made it easier to put a band together. It was a very exciting time to be there, going to see all those bands in London in ’76, ’77. Punk rock did change a lot of things, and lots more people picked up instruments, lots more women picked up instruments which was great – it wasn’t racist or sexist or anything like that. It shaped modern music today more than anything else, more than Aerosmith or anything like that.

Were you playing drums before you experienced the US and UK punk scenes?

Yes. I was in a couple of bands, one called Black Sun here in Perth which played Stooges songs, and another one called Swing City Boys that wanted to sound like the New York Dolls. But none of them did anything apart from playing a few school dances.

You’ve always had a very distinctive, primitive drumming style. Has that always been your preferred style?

Oh yeah. My biggest influence is Ron Bond from the Troggs. I always try and sound like him no matter what music I play. He was a big influence – simple, basic primitive drummer which is what I like.”

I played in a couple of bands here, once called Novakill, one called the Tear Jerks. We had a little bit of success here on the local scene, didn’t do too much and broke up too soon. I’ve actually been playing but you guys wouldn’t have heard about those bands.

When was the last time you played live in Melbourne?

Have you actually played outside Perth in that time?

No. We went to Sydney to do the fourth Dubrovniks album, but we didn’t do any gigs. That was 1995 or something.

About the same time, yes. 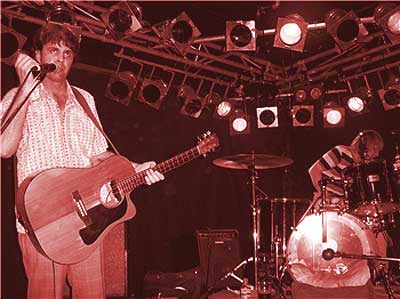 When did you first start playing with Josh Reynolds (aka Joe Bludge), and what attracted you to playing with him?

Well I knew him before then in a band called Mrs Henry which I thought was quite a good band. I saw him solo one night and I always got along well with him as a person and I thought ‘wow, I could add drums to that and it would sound really good’.

So I went up and asked him straight away, and we had a jam the next week and it worked out really well – it worked out better than I expected. I’m really happy with the recording. We have heaps more songs that we’re going to record in January, I think.

No pain no gain: The Painkillers live.

Is the Painkillers a shared musical vision, or are you both bringing something different to the music – given that your background is garage rock, and Josh’s background has more folk?

That’s a good observation. I do come from a more punk, underground scene. Josh has played more folk punky sort of stuff, although we both appreciate the same sort of bands. He’s a big fan of Woody Guthrie and Dylan, and some of that comes out in our songs.

Have you ever had an interest in that folk musical style?

I suppose when bands like the Stones do it, and The Faces and early Rod Stewart stuff I really like, up until about 1974 – I do like some of that stuff. But I’ve never played that sort of stuff before.

You mentioned before your Ron Bond style of drumming – did that sit naturally with the style that Josh brought to the music?

No, I don’t think I’ve adapted to anything playing with Josh. I’ve pretty much played the same way I’ve always played, and maybe that’s why it’s worked.

What about him changing his style to fit in with you?

I don’t think he’s done that either. It just seemed to work really well. If you see us live it’s still quite powerful stuff.

Given your extensive history in the Australian music scene do you find it amusing that you go to number one on the local Perth Triple J Unearthed jukebox?

Yeah, that’s good I suppose. What does that mean – that they’re playing it or what? It’s good. I got a bit of a surprise to read that. But as long as they play it, that’s good and I’m happy.

Do you consider yourself to be an influential figure in the Australian music scene?

I’ve played in some pretty good bands – whether that’s influential that’s hard to say. I’m quite proud of the music I’ve played and the bands I’ve been in. 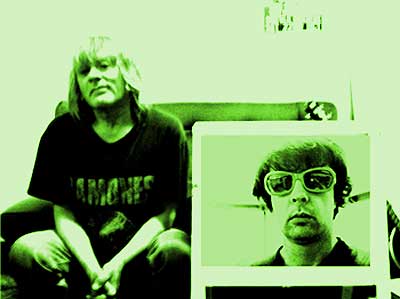 Of all the bands you’ve been in the last 30 years, what do you feel most proud of?

I really like The Victims – they were a band that was pretty good. They were all good – The Scientists, the Beasts of Bourbon, the Gurus, The Dubrovniks – it’s hard to separate them. And this [Painkillers] is really good as well. I’m really enjoying it, enjoying playing the songs. You’ll hear a lot more songs when you hear us play live.

And what’s the timing for the release of the Rockin’ Hendys CD?

We’re going to discuss that one tonight. I don’t know when that’s coming out.

Yes. It’s a release issue not a recording issue.

You put out that classic single in the mid 1980s – the cover of The Troggs’ "Can’t Control Myself" and "Born to be Punched". Is there a singer trying to get out of just about every drummer?

I enjoyed my 15 minutes of fame on that one, and that’s it – put the vocal chords back in the rack. I won’t be doing any more of that.

Was it true that your label wanted you to continue with the James Baker Experience project?

No. The release was always going to be a one-off. I can’t remember them saying anything other than that. But, having said that I have been approached to do another single but I haven’t decided whether I’ll do that yet.

I understand you got up and sang “Drop Out” with the Beasts during the Beasts of Bourbon's Big Day Out set in Perth this year.

Yes, once at the Big Day Out, and once when they played down in Fremantle. That was good fun. I had to go back and re-learn the words (laughs).

I believe “Drop Out: was a Scientists song originally.

Yes, we didn’t do too much with it in The Scientists, so we didn’t play it very often. We played it one day at the Beasts of Bourbon and Perkins liked it. They still play it, I think. 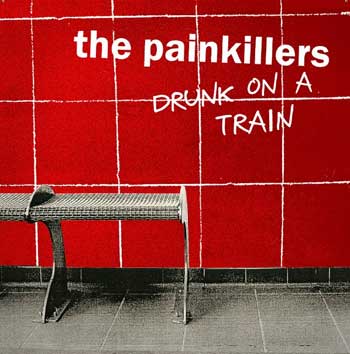 Can I ask you about the legendary recording session for "The Axeman’s Jazz" album. What do you remember of that day?

I don’t know how I got out of there alive – that’s what I remember! It was good fun, a really good fun afternoon. Kim Salmon almost got hit by a car leaving the studio, and Spencer passed out. We were supposed to do 10 songs instead of nine – it was a pretty crazy day. I won’t forget it!

Where was the first Beasts album recorded – in Melbourne or in Sydney?

It was in Sydney at Billy Field’s studio, which I think is called Paradise Studio. Billy Fields came down one day and stuck his head in and he couldn’t believe what was going on.

It would’ve been a pretty good example of really bad habits...

Did you do some songs with Kim Salmon last year in Perth?

Yeah, that was great fun. He did the first half of the set by himself, and then we got up and played about 10 Scientists songs, just drums and guitar. That worked out really well – no rehearsals, just got up there and did it.

Once again I forgot to ask the ubiquitous Bar question – what are you drinking? But Baker does tell me at the conclusion of the interview that he crashed You Am I’s end of tour party (The Painkillers were playing in the front bar of the same establishment in which You Am I were playing out the back). So maybe the answer is: whatever You Am I have on their rider. Either that, or one of the many excellent Western Australian boutique beers – Little Creatures, Matilda Bay, Malthouse ... it’s all good stuff.

Read the 2014 interview with James Baker by The Barman