Halloran invited Pop and Mason into Martin Bisi’s BC studio I Brooklyn with “no particular agenda, no songs or tracks or anything like that”. Halloran wanted to see what happened, organically, if you will.

“When you’re playing with experienced or great players, you just start playing and see what comes out,” Halloran says. Also in the studio was South African-born, classically trained trumpet player Lesedi Ntsane, whom Halloran had met in his New York music travels. 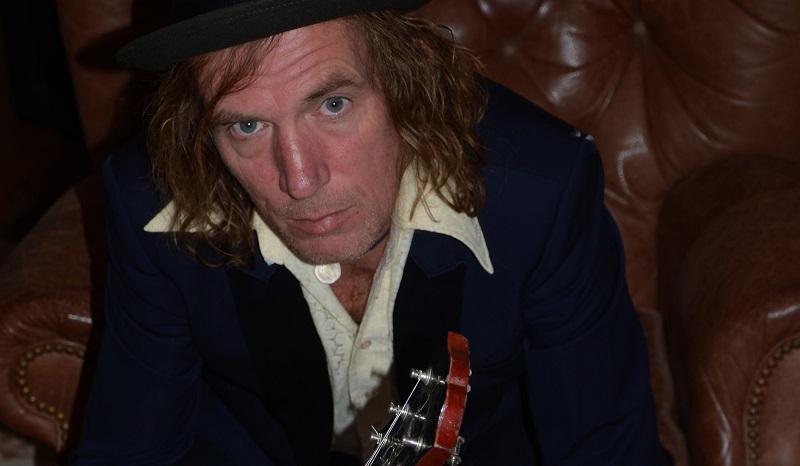 “This idea came to me a few days later, so I contacted Lesedi, this guy’s playing all over New York, but he said he could come down and play. So we did a couple of tracks. I scheduled time, we’d set up and just play, whatever came out,” Halloran says.

It’s a laissez-faire recording model Halloran aims to replicate in Australia over coming weeks and Berlin later this year. “That’s the project I’ve been working on – more organic, more improvised,” Halloran says. “I’ve kind of got to the point when I realise that I don’t have to prepare anything, if I’ve got the right people. If I can choose the right people for the right dynamic, it’s going to work,” he laughs.

In Berlin Halloran plans to record with former Nursery Crimes guitarist James Masson and sometime Hugo Race collaborator Chris Hughes. In Melbourne Halloran will be playing and recording with Steve Boyle and Tim O’Shannassy, who, like Dee Pop, have been working with Halloran on a regular basis for the past decade.

“People don’t really appreciate how good the music scene is [in Melbourne],” Halloran opines. “Comparative to other places in the world, Melbourne has something really good happening. We know that, but it continues to be the case. You can find new pockets of ideas here and there.”

One of those “pockets of ideas” is Light Magnetic, the ethereal music project formed by Kat Amiss and Scientists bass player Boris Sudjovic (and also featuring Shannassy on drums), and who’ll be playing with Halloran upstairs at The Tote in Melbourne in mid-November.

“It’s really exciting to be playing with them,” Halloran says. “Kat’s doing something really unique, very expressive. Boris is playing droney chords, Kat’s got this piano, it’s almost got this Kate Bush, Bjork, expressive, really telling stories with her expressions. She’s got something going on.”

2019 is looking very promising, but for the Australian independent music scene, 2018 was plagued with tragedy. Halloran had worked with Brian Hooper regularly over the past decade, forging a strong musical and platonic bond. Halloran was in frequent contact with Hooper over the first few months of 2018; one morning Halloran woke up and realised he had to get back to Australia to see his ailing friend. Arriving in Melbourne on the Sunday after the emotional fundraising and tribute show for Hooper a few days earlier, Halloran spent the next five days with Hooper. On Friday morning Hooper passed away.

“I had the right sense to come over and be with him and [Hooper’s wife] Ninevah as well, and support her through the whole process,” Halloran says. “It’s terrible losing one of your contemporaries, one of your friends, and I miss him terribly. But in a sense there was a purpose for me going over there, knowing I could be with him, to hold his hand. ‘It’s alright man, this is the journey’, he needed someone to tell him that. In actual fact, those very words I used for the other track I recorded, ‘I’m here my friend to help you on your journey, to hold your hand, to tell you it’s OK’.”

Halloran paid tribute to his late friend on his 2018 album “Comes the Light” on Off the Hip Records. “I’ve never been with anyone who’s passed away. To me it was demystifying, it demystified the notion of death, the notion of a life passing. All of us our brought with this fear, never wanting to die and all of that. But that kind of demystified it, even though he was in a lot of pain, there was a kind of peacefulness in all of it. It changed my whole outlook.” 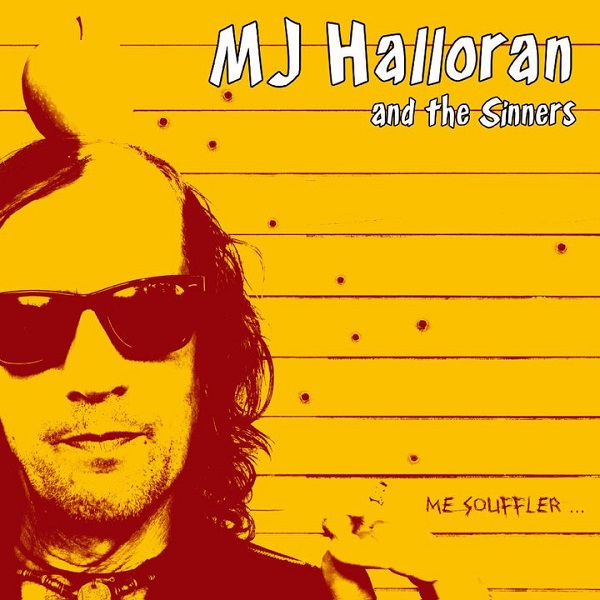 A few months later another Halloran friend and collaborator, Spencer P Jones, also passed away. It was Hooper who’d first suggested Spencer come into Newmarket Studios with Halloran in 2011 to put down some guitar on Halloran’s “Me Souffler”, Halloran’s first record on French label Beast Records. “I was doing some vocals and Spencer was sitting out in the foyer and Tim O’Shannassy was there, and Spencer was listening to the tracks and all he said was ‘I’m going to play on that one, on that one’. Ten minutes later he walks in, wind up the machine and he lays it down, just like that,” Halloran recalls. “The guy was very, very generous with so many other people. He just came in with his ideas, there’s a lot of love in his heart”.

Halloran has recently spent time in Bali listening to gumulung music (“Steve Boyle tells me it’s the pentatonic scale, so I have to take his word for that,” Halloran laughs) and just taking in the sounds around him. Soon Halloran will return to the northern hemisphere, where the lapsed academic in him will continue to ponder the cultural and political tension of contemporary United States. With Mexico still in holiday off-season, Halloran will have the time and space to hang out, travel and surround himself with the right musicians and see what comes out. “The starting element will be improvised then I’ll go away and refine it and then come back in, but still allow room for improvement,” Halloran says. “I want to allow for people to express themselves. As Brian Hooper would always say, ‘Just be great!’”