The Fools never had a high profile in their seven-year existence, playing understudy to bigger names like Asteroid B612, The Mark Of Cain and Tumbleweed.  They did score a choice, home-town support to Radio Birdman on their 1996 reunion tour. That set elicited a rave public review from the Birdmens’ travelling partner, Brother Wayne Kramer. 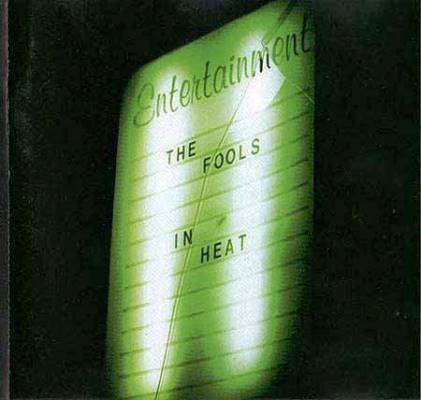 The Fools produced and EP and one CD album, “In Heat”, before hitting the wall, tragically, when singer John Robertson took his own life.

Members moved on with their own lives and The Fools’ reputation has grown exponentially. Those lucky enough to have grabbed their album (only 500 were pressed) when it came out have passed around the word (and CD-R burns.) The reverent tones of those believers are well deserved, as you can read in Bob Short’s posthumous album review here.

Two decades later, a lost cache of “In Heat” CDs have been unearthed - no doubt to be snapped up in short time. Plans are underfoot for the release of a posthumous seven-inch single and, maybe, a reconvening of the band’s surviving members.

All that was as good an excuse as any to fire some questions at Dylan Webster, one of The Fools’ guitarists.

Hi Dylan. Give us a potted history of The Fools. Who were the members, what bands did they come from and how long did The Fools last?

The Fools (1992-1998) were an overtly Detroit influenced, straight down the line rock n roll band. We wanted to share our passion for bands like the MC5, The Stooges, Sonic’s Rendezvous Band and Radio Birdman and leave a lasting imprint on the Newcastle pub scene. The Fools were known for their volume, aggressive stage presence, and their punctuality.

The Fools initially consisted of Jason Sharples (lead guitar), Adam ‘Stown’ Fermo (drums), John Robertson (vocals), and myself on rhythm guitar. This line-up was previously known as ‘The Navahoes’ (1990-1992). We then invited Adam Scott (bass) to make The Fools a five-piece. Chris Hunter (bass) replaced Adam Scott in the latter era of the band’s existence.

What was the Newcastle scene like in the early and mid-‘90s and what’s left of it today?

The Fools presented a sharp contrast to the despised local competition; the tired grunge cover bands and soulless duos that dominated local venues.

A few dingy venues permitted ‘alternative’ bands to play if you didn’t expect to be paid. That’s where we started. We worked hard to develop our reputation and supporter base. We created our own scene and recorded an EP to promote the band. This enabled us to gain the attention of artists we were in awe of; Deniz Tek, Kent Steedman etc.

I can’t comment on the current state of Newcastle’s live scene as I’ve avoided being part of it for so long. 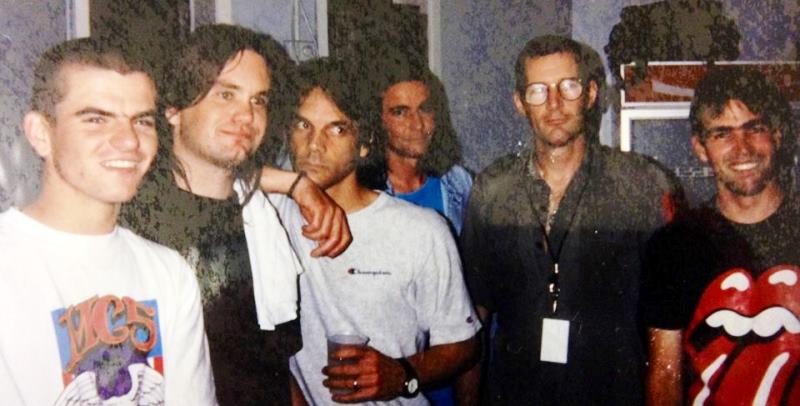 The Fools scored the Newcastle support to Radio Birdman on their 1996-97 reunion tour. How did that come about? Did the band play much outside of Newcastle? Wollongong was a favourite spot, wasn’t it?

We’d kinda forced The Fools into Deniz Tek’s radar during his 1992 Vertical tour. We gave him a rough cassette demo and a horrid brown Fools shirt. I recall that The Fools played with the Deniz Tek Group in Dec 1995, leading Tek to invite us to support Birdman and Wayne Kramer in Newcastle (Jan 1996). Needless to say, this gig (and Wayne Kramer’s spruiking of us on JJJ shortly after) helped to raise our profile.

We went on to play with Tumbleweed, The Mark of Cain, Celibate Rifles. Kim Salmon and the Surrealists, and many other bands we admired.

The Fools played in Sydney sometimes, sharing the bill with cool bands like Asteroid B612, but we especially liked getting down to Wollongong. Wollongong had a thriving Detroit band scene so it suited us nicely. 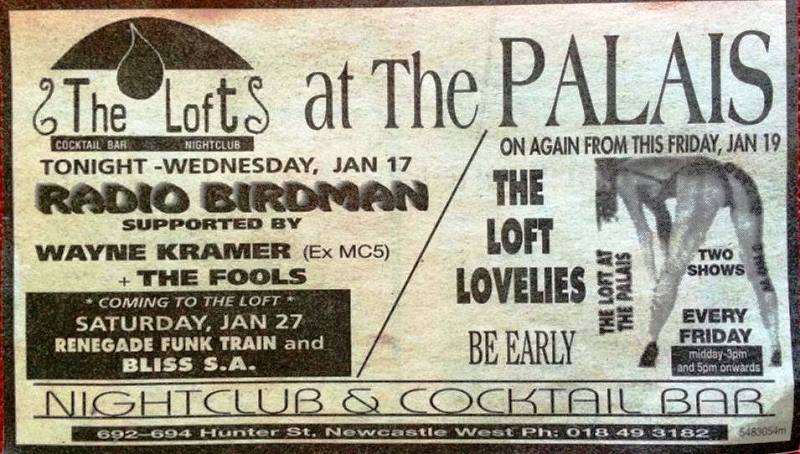 The band name was one of a number that Radio Birdman were considering using when they were forming. How big an influence on The Fools were they and who else inspired you guys?

Yes. We devoured the Birdman book like most other fans when it came out. Birdman’s alternate name ‘The Fools’ was noted in that book. Thinking it was a cool name for us, we then sought Tek’s approval to use it.

Birdman was a significant influence on us. They inspired us to make a band and to write and play original music. Other early influences were the Sunnyboys and The Johnnys (inspiring the Navahoes name and an enduring arrowhead band symbol which we retained for The Fools).

As we evolved we increasingly directed our energy towards developing a more Sonic’s Rendezvous Band style and sound. This influence will be very evident in the forthcoming long player release by ‘The Undermines’ (a new group featuring Jason and I).

Tell us about the album. It was financed by the band? How did Ashley Thomson’s Headmiles come into the picture as distributor and what sort of numbers did “In Heat” sell?

We self-financed and printed 500 copies, of which only a small amount remain available to purchase. Initially we sold the album at gigs. Can’t recall how Ashley (Headmiles distribution) came into the picture but it was probably through our contacts with Asteroid B612 or similar.

The album was recorded over about a two year period at Damian Gerards in Ultimo. We had it mixed by Don Bartley at EMI Studio 301. One of the reasons it took so long to complete was that we needed to finance it ourselves and it simply took a while to get the funds together. 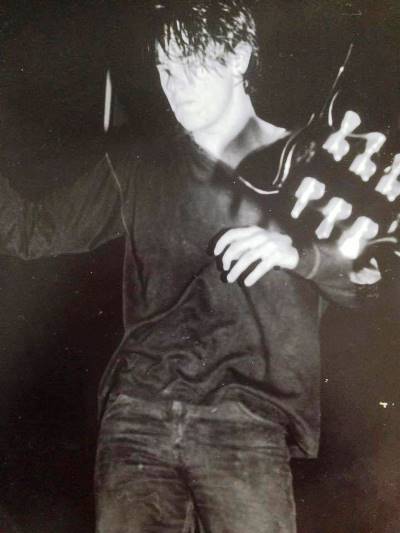 Can you throw some light on John’s passing? It obviously would have hit you and your bandmates very hard. Was any thought given to carrying on? How did The Fools wind up?

John’s passing was a tragedy. It has left an enduring impact on all of us.  At the time, The Fools categorically ended with John’s passing. However, it must be said that the band’s future was anything but certain prior to John’s death. Personal animosities, differences in musical direction, and basic geographic circumstances meant that the band, unfortunately, had basically finished by mid 1998. 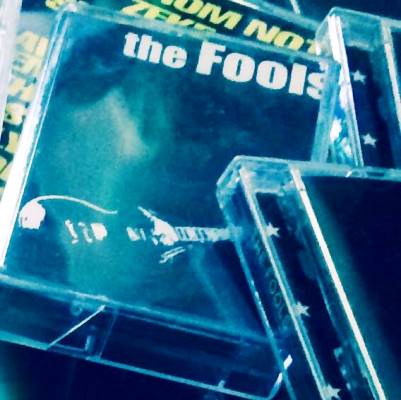 Band-supplied and digitally-unaltered photo of the "Rights of Passage" EP. Look closely.

You went on to join the Navy and deployed to East Timor. Did you dive back into music on the side?

When I was posted to Sydney (with the Navy in about 2000) I recall getting in touch with Johnny Spittles and visiting his tattoo parlour a few times. We talked briefly about getting something together but it didn’t eventuate. It wasn’t until attending the Ron Asheton Foundation Fundraiser night (Sydney Uni on December 13, 2012) that I was inspired to get back into it again!

How did the “lost” cache of “In Heat” come to light?

A very fortunate discovery whilst clearing out a garage! 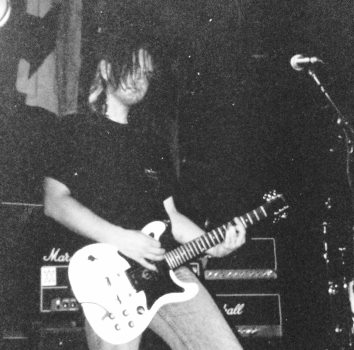 Jason Sharples (pictured at right) and yourself are working together again. What’s the story? What are the other guys doing?

Yes, Jason and I are now working under the guise The Undermines.

We started working on a bunch of new tracks last year. It was originally going to be just an excuse to record again, including some final songs jammed by the Fools but never road tested or recorded. As it progressed we decided to aim towards doing live sets too.

The Undermines would dearly like to see Fools drummer Adam ‘Stown’ Fermo in the line-up but his work commitments have restricted his inclusion so far. Adam is one of Australia’s premier drummers and it’s a shame that we can’t exploit his talent!

There are plans for a posthumous single. Can you tell us about that? How will it be funded and how will it come out?

The Fools always planned to release the track “Jesus Drives a Sandman” as a 7” vinyl disc. It was to be the follow up to “In Heat”. Many consider that track as the finest recording the band ever achieved. Ideally we could one day get a limited run printed to vinyl. However, to make it viable The Fools would realistically need to do a few shows to promote it. With a quality vocalist (like Mick Preiss for example) it could hypothetically happen. We’ll see.

If people want a copy of “In Heat” how do they go about it?

We’ve recently created a Facebook page to promote interest in the recently uncovered stash of “In Heat” CDs. Free to contact The Fools at This email address is being protected from spambots. You need JavaScript enabled to view it. to buy the album. 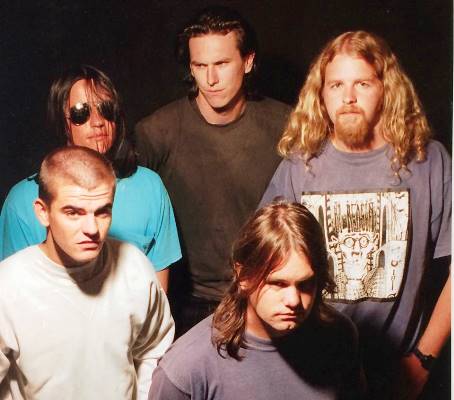