After that you tap in a 10-digit pin number. By this time you’re a bit frantic in case your fat little fingers press a wrong key, and you have to go back to the start. And, after that, you have to tap in an overseas phone number; in this case bloody 15 digits. Then the anxious moment when you hear the phone ring.

Have I got the right person? Have I got the right time? I explode in relief after the right man picks up. And we start laughing at the absurdity of it. Shit, I feel like I’m talking to a bloke I haven’t seen for four years or so. He’s friendly, human and - not a rock star.

James didn’t sound like he had the Tequila handy. Or mushies.

In case you don't know, Williamson wrote a slew of songs with Iggy Pop from 1970 to 1975, some of which got properly recorded and quite a lot which, e…well, they…only got unofficially recorded. The Iggy and the Stooges' LP "Raw Power" was really the ugly, brutal underbelly which drove punk. The Ramones, well to quote Suzy Ramone, ‘scattered their music around the world like Johnny Appleseed’. All true. But … the Stooges influenced the Ramones, and everyone - I repeat, Everyone - musically active in the NYC scene. Why? 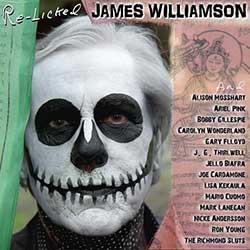 Well, the Pop/Williamson songs were nasty, brutish and short. Except for the slower songs which were huge, monster-beautiful, and so self-confident - and vulnerable - that you couldn’t ignore them, couldn’t get them out of your head.

And hey, no-one has really successfully covered this period Stooges. It is, it seems, just too damn hard.

“Re-Licked” is out on Leopard Lady Records on October 29. There’s been two singles (sorry, I mean 7” vinyl records) out already and if you don’t have them you’re a dirty shame.

James got the Stooges touring band (Mike Watt, Steve Mackay, and Toby Dammit) into the studio and recorded the backing tracks. Iggy didn’t want to do it, so pity the poor bugger who did the guide vocal, it would’ve been intense. Because there’s fourteen different vocalists here. And they’re all extraordinary, and the whole thing meshes in a magical way, tuff as leather jackets and pointed boots.

With the clock ticking, we gotta get down to it.

James: I can’t wait for you to hear the whole record - I am both proud and extremely happy with it. I’ve made a few albums in my day, but with Re-licked - I can sit around and listen to it and enjoy it … all the performers brought so much enthusiasm and excitement to it, you can really hear that.

And, you know, I don’t have to feel like everything should sound better, as with all the bootlegs over the years. 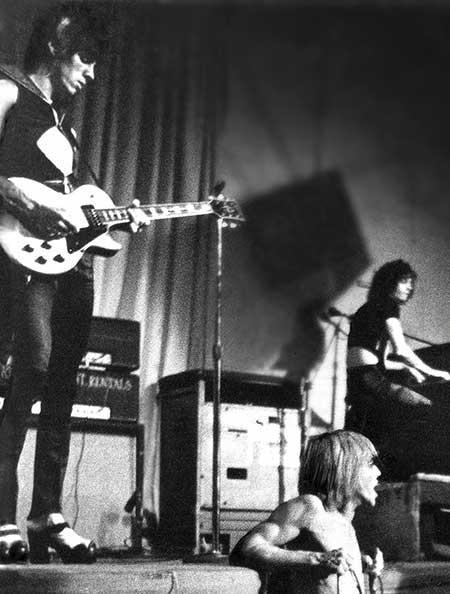 Robert: This isn’t just unfinished business, is it?

James: No, it’s not unfinished business now – “Re-Licked” is something that always felt like it had to be done, and I had the opportunity, so I took it.

Robert: How are the journos reacting..?

James: Well, so far so good. It’s getting some really positive press, especially in France, Australian responses have been favourable as well. Do you know Harvey Kubernik? He’s a famous writer in LA, he recently described it as ‘karmic correction. I was encouraged by that.

Robert: Could you take it on the road - I mean with all those singers, you can’t go everywhere - but could you..?

James: Well, you know, I’m open to that, but yeah, with 14 singers, the logistics would be crazy. I guess it’s  doable in the major markets; LA, New York, London, Sydney. There are so many well-known artists on the record, maybe they could do a few numbers of their own as well. It could be an incredible show, a kinda miniature festival…

(ARE YOU PAYING ATTENTION, ALL TOMORROW’S PARTIES?)

Robert: How did your writing partnership with Iggy start?

James: I had come to a frat party, up in Ann Arbor, I was not in the Coba Seas by then, and I met both Ron Asheton and Iggy that night. Iggy was drumming for this really good blues band, the Prime Movers. Ron had been with them too. Back then I almost exclusively wrote my own songs, and I think that made an impression on Iggy. So when I joined the Stooges in 1970, almost from the beginning I wrote with Iggy. Some of the earlier songs have faded into the sands of time, but I’m Sick of You was the earliest one to be recorded… we were quite prolific; all these tracks after Raw Power, we thought we were gonna make more LPs…

When I first heard the final mix of “Raw Power” I was very upset by it, because I thought we had done a better job of representing ourselves when we’d played. But… it’s kinda youth, I guess. I mean, I was in the room when Bowie mixed the LP - so I should have spoken up… and really, with what I know he had to work with.. Bowie did a remarkable job of making it listenable. 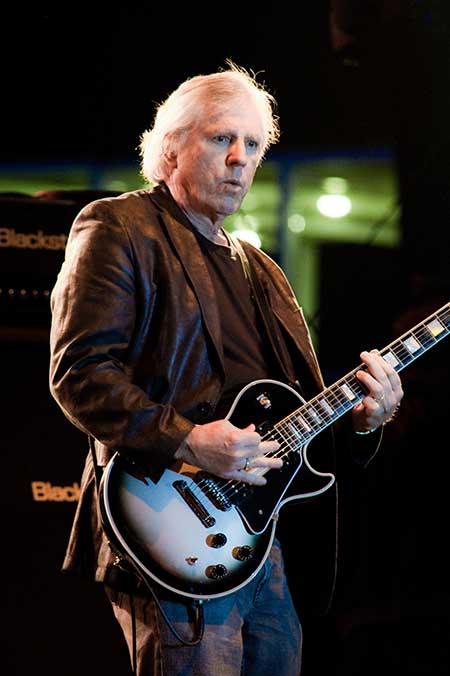 When we recorded “Kill City”, that was right after “Metallic KO” and we believed we could get another record deal, we thought that Columbia would pick up their option but that didn’t happen. A lot of the recordings which ended up on bootlegs were our demo tapes which we were shopping around labels to get a deal…

Robert:  “Raw Power” and “Metallic KO” - and even that bootleg “Night
of the Iguana” - had a huge impact on the fledgling underground… (hell, Head On in Adelaide were a sensation; but Garry Gray’s first band was doing “Search and Destroy” from "Raw Power" back in 1975)...

James: (Laughing) Jello Biafra, when he heard I was gonna do this, he rang me up and absolutely insisted that he wanted to do "Head On The Curve", so I said, ‘well, okay we’ll give it a shot’, and of course he completely killed that song…

Robert: You’re quoted as saying the Stooges are a family - and it's not like a marriage as other bands say.

James: That’s the way real bands are, they’re like gangs or families. You know each other so well, you live together, you speak a common language, you have your own subculture … bands that aren’t like that don’t have an authenticity …

Robert: Will you write a book about your life?

James: I get that asked frequently now… I guess the answer is perhaps… I certainly think there’s a lot of stories which haven’t come out. Yes, I have a different perspective on all of it now, but the stories are the same… and I think people would enjoy reading them.

Hell, that’s a book I want to read. Tell him I’m an editor, Mr Barman.

Thank God I didn’t have to do this interview in the bog.