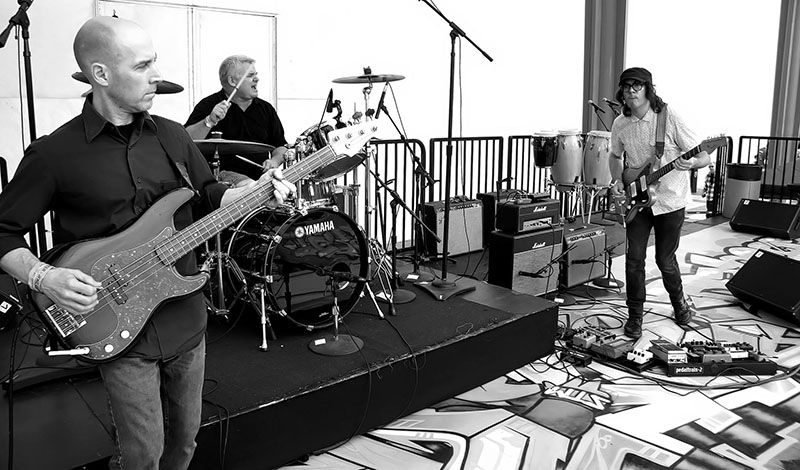 Canty had seen Pirog playing around Washington DC and marvelled at the guitarist’s instrumental dexterity.

“He played a million types of shows, he’d play noise shows, rockabilly shows, he was the hardest working guitarist in DC, he’d just play all the time,” Canty says.

Canty invited Pirog to help out with a film soundtrack he was composing; the collaboration was so enjoyable, Canty says, “so I said we had to find a way of playing together”, The final piece in fledgling Messthetics puzzle came when Fugazi bass player Joe Lallo moved back to Washington DC from Rome, where he’d been living with his wife and young son.

“Joe and I were trying to playing together too, we were playing his music with his vocals,” Canty says. “Joe had had some music that he’d brought back with him which was really out there, and he’d been playing with jazz, more accomplished guitarist people. So I said ‘I’ve got the guy for you’, so I brought Anthony into the mix, and he said ‘Oh my god, he’s the best guitarist I’ve ever played with in DC and I can’t wait to play with him’.” 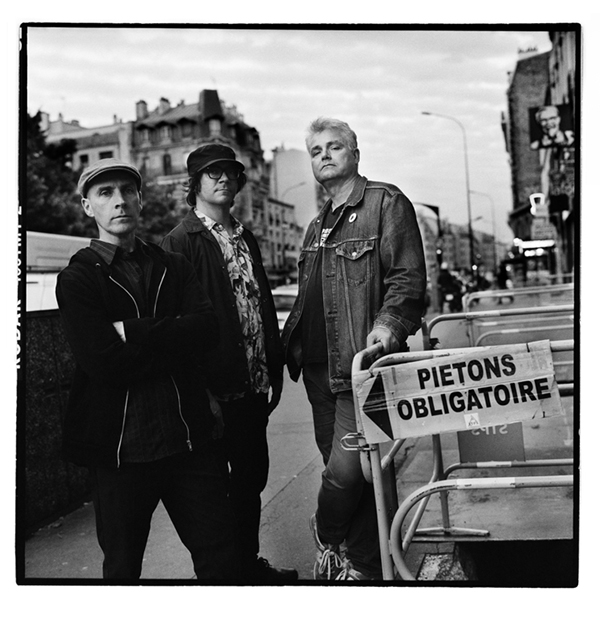 The Messthetics began to evolve, more rapidly than Canty or Lallo expected. “We had some initial ideas of writing a record for John Zorn, then we started writing more and more eclectic, not eclectic, whatever came to the three of us, which ended up being difficult and math-y!” Canty says “But it was great, it was a lot of fun and the chemistry between the three of us was immediate. We were immediately super prolific and writing a ton of music. Because we didn’t have a singer, we could experiment. ‘Can this band do this, yes it can’, we were fucking around constantly, doing more and more trickier things, then eventually we had enough show to go out and play a live show.”

In the audience at The Messthetics’ first show, at a small bar in DC called Galaxy, was Canty and Lallo’s former Fugazi band mate and Dischord Records boss Ian McKaye. McKaye was so enamoured with what he heard from the instrumental trio that he offered to put the band’s first album out. Canty, at the time playing drums in Wayne Kramer’s MC50 band, wasn’t ready for the positive critical reaction to The Messthetics’ debut eponymous album.

“I already had this three-month tour going with the MC50, so we put out the record and I didn’t really think anyone was really going to give a shit about it because it’s this weird instrumental record, but it got written up everywhere over here. The New York Times did a huge piece on it, other people wrote about it,” Canty says.

“It was nice because people did give a shit about it. You can tell when people like something. I felt like an idiot for going on the road for three months with the wrong band! Not the wrong band, because I love the MC5, but I kind of fucked my band mates here.”

Since then The Messthetics has played over 200 shows, both in the US and in Europe. The Messthetics have also written and released a second album, ‘The Anthropocosmic Nest’, which reflects Canty, Lallo and Pirog’s the further evolution of the band’s exploratory musical journey.

“Because we don’t have any vocals and we’re not married to certain counts, we can really play ahead and improvise for as long as we want,” Canty says. “And there’s two facets to that: there’s the live facet where we take the songs as a template and go out and play live. I listen for Anthony and he pushes me around and I push him around and I try and keep up with him because he’s really fucking good. The other aspect of it is the writing, which is often improvised, since we do record as part of the rehearsal process, so there we basically just keep things going, we improvise and fuck around.”

While Canty demurs on the suggestion The Messthetics is a jazz band, the jazz influence is inescapable. “I’ve never been that disciplined as a drummer to play proper jazz,” Canty says. “And The Messthetics isn’t really a jazz band, Anthony just knows his shit. He’s never afraid, that’s one thing I love about playing Anthony, he’s never afraid of the stage, never afraid of improvising, of getting out there and going off. He’ll collaborate with anybody, he’s really good at it. I’d like to lean on that.”

Canty is revelling in the creative freedom occasioned by The Messthetics. “We’re only two records in, so I don’t think there’s too much of a problem with repeating ourselves,” Canty says.

“There was a time when we were putting this record together when I was like, ‘It’s too musical, it needs more noise’, it needed less clamped down writing and more a diversification of the audio environment, it needed to sound more quiet bits, needed more noise.

“With this band I don’t have any hesitation that I can say ‘We just need to write a song that feels like this’, noisy, whatever. And there’s all these places that we play and experiment in the live realm that don’t necessarily make it onto the records.” 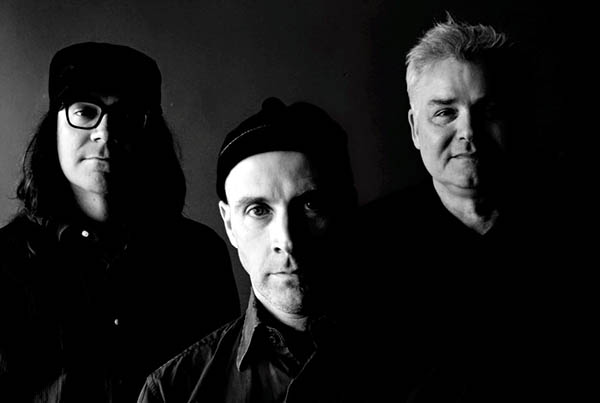 Back home in Washington DC, and things aren’t as rosy. Canty is sanguine, but hardly content about the political dramas that continue to befall his home town of the last 52 years.

“We protest a lot! We’ve started to go out and protest with whiteboards because we felt so guilty throwing away our signs, so now we just dry erase whatever the problem is!” Canty laughs.

“I’m really getting sick of it, to be honest with you. But I’ve been here since 1967 so I don’t think I’m going anywhere. But I fucking can’t stand it at the moment. You just stop reading newspapers, you go out and you protest, you try and do what you can, you raise money when you can. But it’s horrible.”

It’s lucky, then, that Canty has The Messthetics to distract him. “Because we’ve played nearly 200 shows since that first record came out, I feel much better about the band,” he says.

“I always really enjoyed the band and we still have a long way to go, but I do like the fact we’re good at playing with each other at this point. And Anthony has a lot of ideas in his head that are beyond my abilities! You often see me cracking up for most of the shows because it’s just beyond my abilities almost all of the time!”

The Messthetics are touring Australia in October as special guests of The Mark of Cain. Tickets are available from feelpresents.com