Like other Perth punk rock fans, Faulkner’s exposure to punk rock came about from the pages of music magazines and imported records. The first record Faulkner had heard that purported to be a ‘punk’ record was the Live at CBGBs double compilation, which “was alright, but kind of disappointing … it was good, but it wasn’t what I was reading about – there was no Ramones, no Blondie, nothing that I was reading about.”

But the release of The Ramones’ debut album - which Faulkner recalls waiting six weeks  for it to arrive via import - was a “revolutionary moment”. “We really wanted to hear it because we’d been reading about the CBGB scene, what was happening in New York, this crazy music with buzzsaw guitars, singing about beating on brats,” Faulkner laughs. That said, the “pop” aspect of the album was initially disconcerting. “But then we realised that that was the way it was supposed to be.”

Inspired by The Ramones, Faulkner swapped his keyboard for a guitar and swung into punk rock, learning his favourite punk rock tracks and taking his first steps toward his own songwriting. Faulkner had been playing in a “semi professional” blues-influenced band by the name of The Beagle Boys; but now he wanted to “move onto something else”.

That “something else” came via then via a chance meeting with James Baker after a Cheap Nasties gig in Perth around May 1977 (Faulkner had had his own short and sweet tenure playing keyboards in the Cheap Nasties – “maybe a few rehearsals” – before moving on to The Beagle Boys). “That [Cheap Nasties] gig was the first official punk gig in Perth,” Faulkner says. “That was the nucleus of the scene, right there. And James walker up to me and started chatting. He thought I had some style, I could talk about this music, so he said ‘Why don’t we form a group?’”

Baker had seen first hand everything Faulkner and his fellow Perth punk fans were listening to – in 1974 Baker had been Perth’s pre-eminent glam rock fan; a trip overseas in 1976 saw him catch The Heartbreakers and Television at CBGBs and the Sex Pistols and The Damned in London. in fact, he’d even been invited to audition for The Clash after meeting Joe Strummer and Mick Jones at a party.

“James was like this Marco Polo figure, a svengali, he’d been to all these places and see all these bands. And James is a really fantastic, cool guy, just being James Baker. That was enough in itself.” 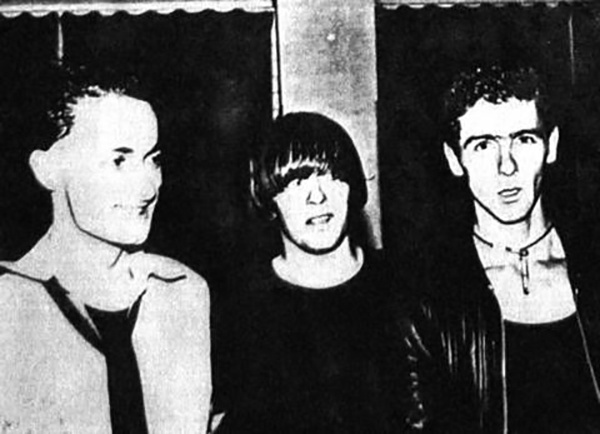 At the time of their serendipitous meeting Baker was playing in The Geeks (aka Hitler Youth). Baker served his notice from The Geeks and formed The Victims, bringing along a bunch of songs from The Geeks’ set (which, some years later, would be the source of local controversy when Geeks guitarist Ross Buncle asserted co-authorship).

The Victims’ set was mainly originals, a few former Geeks songs and the odd cover version. Faulker was writing furiously; Baker was the major lyrical contributor. Baker scouted for venues – scout halls, licensed clubs and back rooms of eating establishments such as Hernando’s Hideaway, an upstairs Italian restaurant behind a bank. “You had to enter by a back alley – it was very cool!”

The Victims secured themselves a Wednesday residency at Herando’s Hideway and “settled in”; a couple of years later, the restaurant morphed into a “real rock’n’roll venue”. But like so many now-legendary bands, The Victims’ audience was limited.

“Playing our music was our way of compensating for being so far away from everything,” Faulkner says. “And James was used to be an outsider, having been a glam rocker before he was a punk, and that kind of fuelled his hostility to Perth.”

Baker’s own homage to Perth, "Perth is a Culture Shock"  was a backhanded tribute to Perth’s cultural claustrophobia. “We hated Perth,” Faulkner laughs. “Mark Demetrius, who went on to write for RAM and Rolling Stone, he had a band called The Bags, and they had a song called ‘The Arsehole of the Universe', which was about Perth. We didn’t write about being on the dole like the English bands. Our songs were about being in a cultural desert!”

The Victims’ career was short and sweet: the now legendary  "Television Addict" single , some rough and ready demos and an EP, cryptically titled "No Thanks to the Human Turd". Baker and Faulkner were increasingly at odds with Cardwell (whom Faulkner had given the punk alias Rudolph V to differentiate him from the other Dave in the band – though The Victims’ 1978 EP provides a more telling clue to tensions within the group), and the band’s end came with a whimper not a bang.

Baker threw in his lot with The Invaders, which morphed into The Scientists after Baker convinced Kim Salmon to join on guitar. The Victims reformed for a one-off gig a year later (“we played to more people than we’d played in front of in all our gigs behind”). In 1979 Faulkner followed Baker’s lead and travelled overseas before re-settling in Perth where he teamed up again with his former Victims band mate (and fellow Perth expatriate Roddy Radalj) in Le Hoodoo Gurus.

Baker’s expulsion from the Hoodoo Gurus in 1984 drove a temporary wedge between the pair, though Faulkner is quick to point out that they had reconciled well before even before Baker began musing on a Victims reformation. But Faulkner couldn’t ever see the original line-up overcoming old wounds and the idea lay dormant until Faulkner floated the suggestion of a Hoodoo Gurus 30th anniversary celebration featuring members of all previous Gurus line-ups. 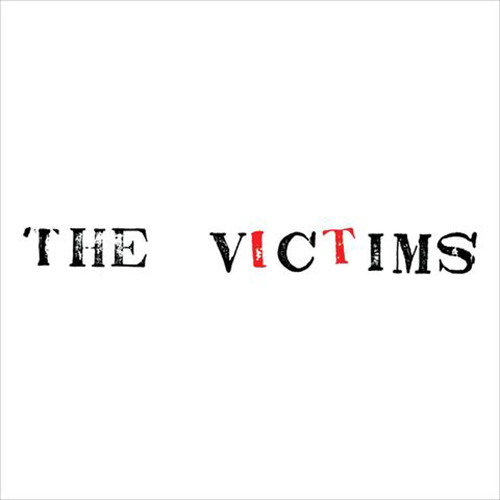 "The Victims" LP on In The Red. Mouse-over to see the "Horror Smash" EP cover.

Faulkner hooked up with Baker in Perth and suggested they organise some Victims gigs; this time, to Faulkner’s surprise, it was Baker who prevaricated. It took another two years before Baker overcame his indifference. “James rang me up out of the blue and said ‘You know that Gurus thing? I’ll do it,” Faulkner says. “So I suggested a Victims show as well.”

That left the matter of a bass player. When Baker recommended Hard Ons bass player Ray Ahn, the final piece was in place. “Ray is the perfect person. He’s a huge Victims fan, and he’s also Ray Bloody Ahn! He’s such an amazing person and boundless energy for music and life. Who cannot love that man? And his tastes are incredibly broad.”

While many older artists might cringe at the music they wrote as a callow youth, Faulkner has never shied away from his Victims past. “My tastes have changed and I’ve learnt a lot more about music, but the truth is that that period in my life was crucial, it was kind of like the pinchpoint of growing up. Punk gave me a real focus and I was able to discard the things that I didn’t like. Punk rock made recognise what I really liked. So those things are still there under everything I do. Songs still have to have strong feeling, even if it’s a ballad.”

Faulkner pays tribute to Baker’s lyrics which, while very much the musings of a young kid, are as vital as ever. “James’ number one thing in life was, and still is, about not being a square,” Faulkner says. “His lyrics are brilliant, and his lyrics in The Scientists are great for the same reason. James isn’t pretending to be a kid, he’s talking about it as a mindset and his whole approach to life. He’s usually on the money with his instincts on what to do.”

The Victims reunion started out as Television Addicts, before Faulkner, Baker and Ahn fully reclaimed the original band moniker. While a series of Victims compilations – some less officially sanctioned than others – had been released over the years, when American label In the Red put its feelers out for an official collection of Victims recordings, Faulkner and Baker saw the opportunity to not only re-release the Victims’ catalogue on a new compilation, but also re-record various Victims tracks only previously available in demo form. The "Horror Smash" seven-inch EP is reviewed here.

The early Perth recordings “amazing managed to catch the energy pouring out of us … I wouldn’t change one thing about those recordings,” Faulkner says. But Faulkner wasn’t nervous about re-recording old Victims songs 40-odd years and “because the spirit of the band was there when we were playing the reunion gigs” believes "Horror Smash" captures the energy and vitality of The Victims in their heyday.

That said, Faulkner isn’t confident that he could write another Victims song – though that might just be a function of a lack of opportunities.

“We did work on one thing a while back, but we haven’t finished it. But I have managed to write one Ramones-style song with The Hoodoo Gurus, a song called ‘Keep It Alive’, which is an obscure B-side somewhere. But can I write a Victims song? I don’t know. Then again, I haven’t been in the room long enough to make it happen, but maybe we should!”