Written by Robert Brokenmouth on 01 October 2018. 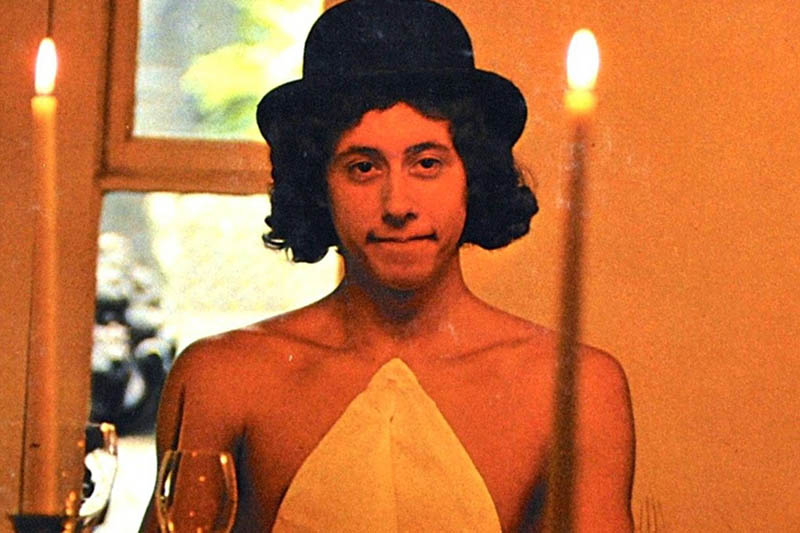 You may not think Guthrie is important, but hell, if you're aged over 55 you were listening to Uriah Heep in preference to the Sex Pistols, weren't you? Own up! I won't go on about the film; suffice to say it makes the Smithsonian website.

The author of the above, David Sears, remarks that the song "Alice's Restaurant":

"...capsulized a young generation’s disaffection with bureaucratic stupidity, resonated as an anti-war anthem and still captivates audiences with its simple melody, gentle narrative and infectious chorus".

Not sure such a word as 'capsulized' exists, although 'encapsulated' certainly does. Patrick Doyle of Rolling Stone mag (you may of heard of it), quotes Arlo on the song;

"... back in ’65, all the way into the early Seventies, nobody in their right mind would have written an 18-minute monologue. I mean if it was 2:31, stations wouldn’t play it. So I never expected it to even be on a record, let alone get airplay, let alone have it made into a movie. I mean, that was all like a whirlwind of events that were way beyond my control."

Whirlwind of event? What on earth is he on about? Well... Doyle's interview continues;

"So when I first started writing about it, it was just repeating or telling my audience what had happened to me. Because I thought it was funny. ... To have what happened to me actually happen and not be a work of fiction still remains amazing. It’s an amazing set of crazy circumstances ... it’s slapstick. I mean, who gets arrested for littering? And who goes to court and finds themselves before a blind judge with pictures as evidence? I mean, that’s crazy! And then to be rejected from the military because I had a littering record? I mean, those events were real and not only that, those people played themselves in the movie! The cop in the movie is the real Officer Obie and the judge in the movie, the blind judge is the real Judge Hannon. And these are real people! And they consented to play themselves because they think they, like me, observed the absurdity of the circumstance."

Now, if you ain't familiar with the song, or have forgotten it over the years, I'm not going to remind you. Oh, alright then.

Speaking of fussy words, the full title of the main song in the movie is, “Alice’s Restaurant Massacree,” according to Sears, "the last word meaning, colloquially, a series of absurd events", a comical rendering of the word 'massacre' which you all recall from Ramones 101 at Darlinghurst High School. The song was first written in 1965, and understandably Sears, (that man again) reports; “Performing it,” Guthrie told a 2009 interviewer, “is like being in the same half-hour Groundhog Daymovie every night of your life.”

Now, some of you are going to think, 'hey, 'Guthrie', what a weird name, is he any relation..?' me of you don't have a clue who I'm now referring you to so, here. Aren't I kind to you? Yes, indeed, technically Arlo Guthrie, son of Woody, is a folkie. But that's just horseshit borders and guards, really.

Now, Woody Guthrie did a kind of thing called "talking blues", which enabled him to talk about far more immediate things, in an intimate way. Arlo simply does something similar.

Now, ok, Arlo's travelling on the back of the 50th anniversary of "Alice's Restaurant", and the hairier of you (bald as coots on top, of course) will recall another Guthrie hit, "Coming Into Los Angeles" being on the 'Woodstock' soundtrack, but is that enough to get excited about?

Well, yeah. The man's released over 30 LPs over the years, and even if you don't include compilations and live gigs, he's still put out more LPs than you or me. Figure it out, go see the man.