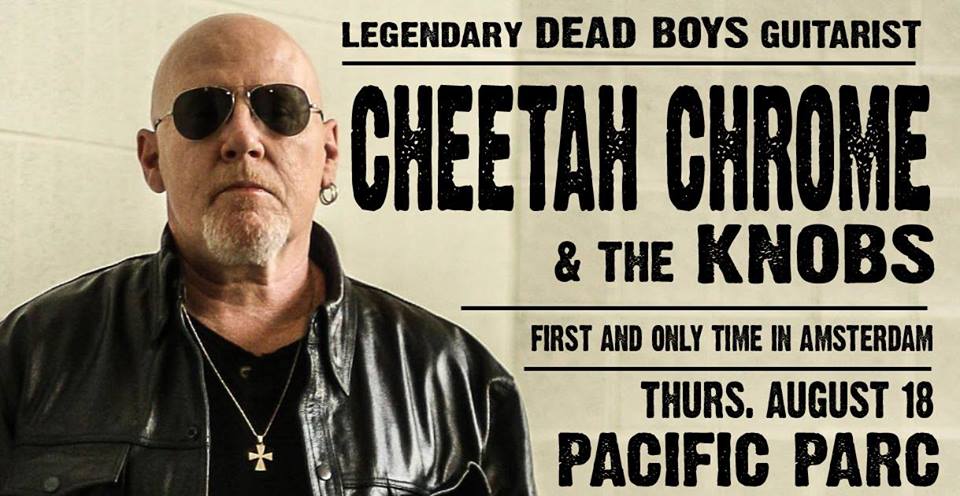 Cheetah Chrome’s explosive songwriting and raw tone influenced an entire generation of players and has been reflected in some of hard rock’s most revered and popular bands, including The Hellacopters (Stockholm, Sweden), The Darkness (Suffolk, England), Powder Monkeys (Melbourne, Australia), Supersuckers (Seattle, Washington) and Guns n’ Roses (Los Angeles, CA) to name just a few.

Expect a set heavy on Dead Boys and Rocket From The Tombs songs. Dates so far: