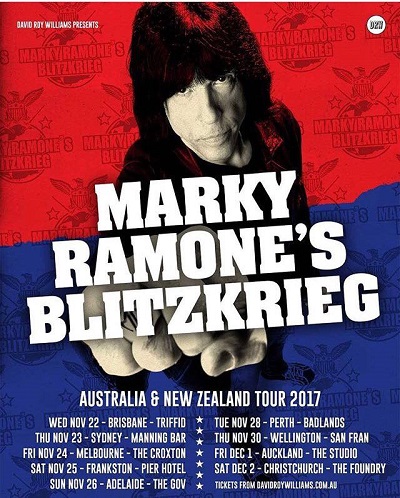 No word on the band line-up but Marky Ramone’s Blitzkrieg has featured various lead vocalists including Andrew W.K. and Michale Graves.

The Australian leg of the tour is truly national and also takes in three New Zealand cities.