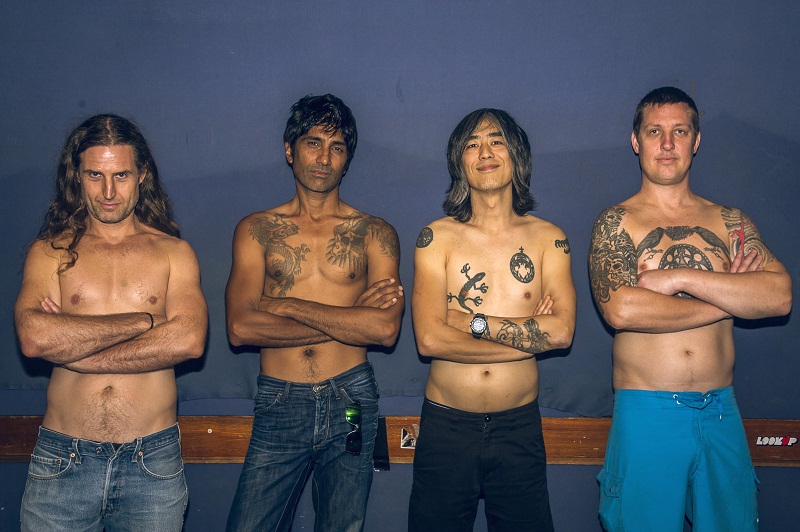 Original drummer Keish is again returning to the fold as guest vocalist, joining Ray (bass), Blackie (guitar) and current drummer Murray Ruse, but it's for a full set this time based on the band's oldest and best-loved songs.

"The Hard-Ons will, for the first and last time in their career, tour the breadth of Australia and play entire sets consisting of only songs from their first incarnation pre-initial break-up - the years spanning 1984-1993," the band says in a statement.

"The set will play will be made up entirely of songs most requested by their fans from an on-line fan opinion poll.

"This first formative decade had given the band a record 17 consecutive number-ones on the Australian alternative charts, as well as several notable hits abroad."

Of course we'll publish the link to the online poll when it goes live.

And if you want to send a card, the 21st of July is the day, three decades ago, that the three now middle-aged lads made their first public appearance.

To help celebrate this occasion the Hard-Ons will have in tow a brand-new 2-CD remaster/re-issue set of their major-label breakthrough album "Yummy" on Citadel, as well as a split 7" single with Australian jazz legends "The Necks."

But wait, there's more: "Never to rest on their laurels, the band will have available three more split 7" singles AND a BRAND NEW album with the current line-up just after the tour as well!!!"