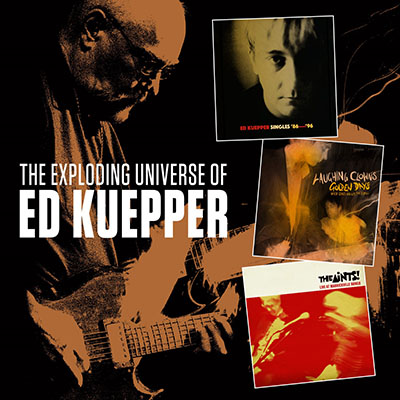 “The Aints! Live at The Bowlo” will be a vinyl version of the 2018 show by Kuepper’s Saints-inspired The Aints! only previously available in digital format.

The Aints! debut album “The Church of Simultaneous Existence” was 12 Kuepper-penned tracks written in Brisbane, London and Sydney during the time frame 1969-1978, in and around the formation of The Saints.

The Marrickville Bowlo show is that same Aints! studio album recorded live at a sold out Sydney show two nights prior to the commencement of the album sessions proper, and iot is a scorcher.