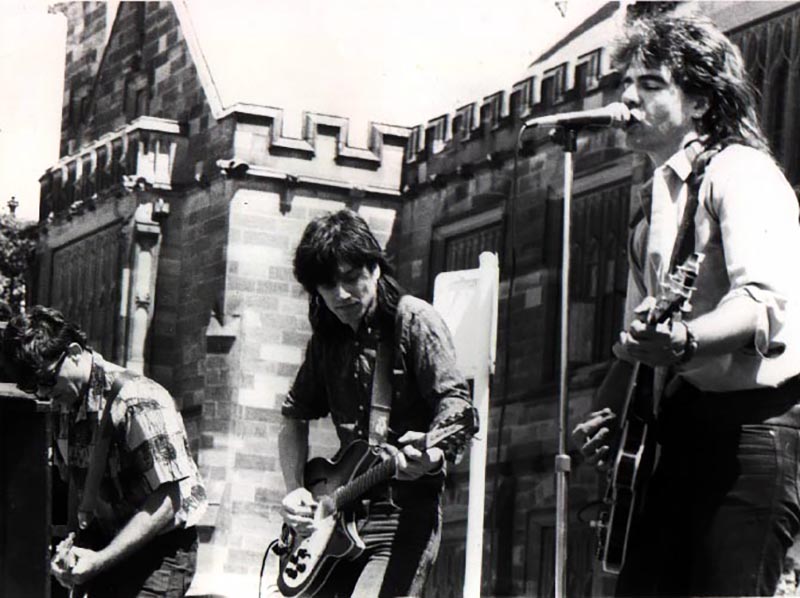 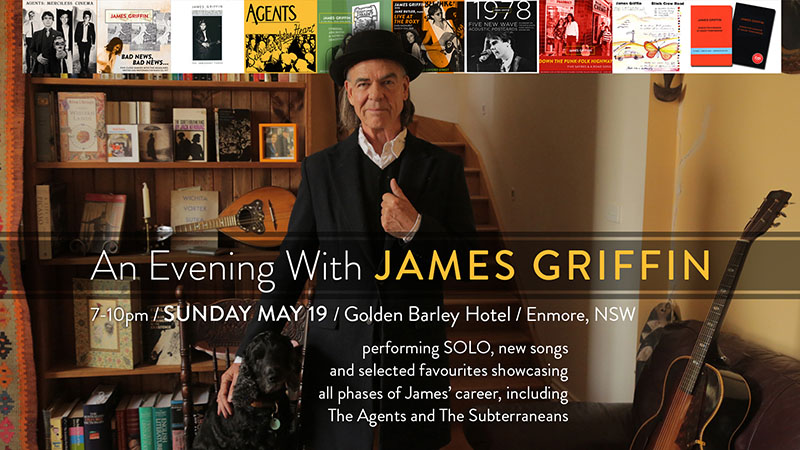 He released his first solo EP in 1978, backed by members of the Sydney cult band, Wasted Daze, and then went on to form post-punk/new wave band, The Agents (With Kydric Shaw) and later, James Griffin and the Subterraneans.

The Subterranneans featured a rotating line-up of many acclaimed Sydney based musicians including members of The Church, Icehouse, Do Re Mi, The Eurogliders, The Coloured Girls, X, and The Kamikaze Kids.

The Agents had alternative hits with "Suburbs Of The Heart", "Merciless Cinema" and the 12" EP, "No Adjustment To The Face", while
the Subterraneans had success with their debut album, "The ImmigrantTango", particularly with the songs,"The Angel Run" and "Blood Of The Poet".

Since the Subterraneans, James has released four solo albums, the most recent being, "Songs For A Season At Ghost Town Bridge", and co-written (with Joe Camilleri) the Black Sorrows' hit) "Snake Skin Shoes" and the Golden Guitar winning Lee Kernaghan hit, "Changi Banjo".

James is currently writing and recording a new album (produced and recorded by James Black) for release later in 2019. At the Golden Barley, James will perform a selection of new songs plus favourites from all the stages of his career so far. He'll also have copies of his long out-of-print output available for sales. The gig starts at 7pm.