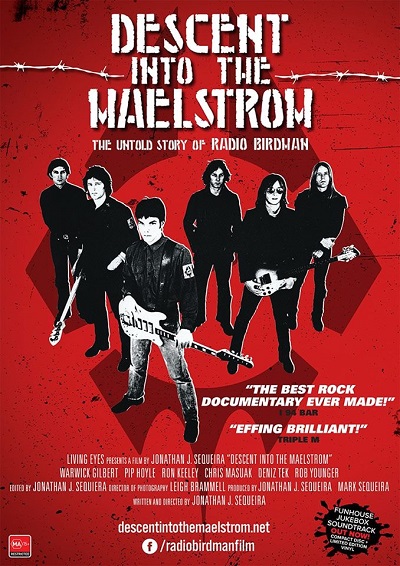 Released as a short-run feature in Australian cinemas and shown at film festivals and limited screenings in the USA, Japan, the UK and Europe, “Descent” will be released via DVD and streaming in September this year to coincide with a Radio Birdman tour of Australia and Europe.