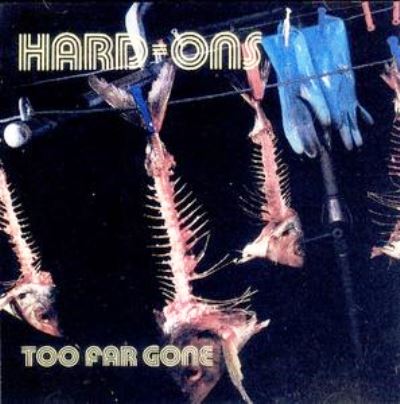 “Quite simply, ‘Too Far Gone’ is the hell-spawn of an unorthodox and often misunderstood band going down swinging. ‘Too Far Gone’ is the glorious warts-and-all end result of these magnificent bastards waving their privates in the face of the oncoming alternate-rock apocalypse, an apocalypse in which every flannel shirt wearing untalented gaggle ended up getting put on a post-Nirvana pedestal, armed with Russian made fuzz pedals and zero originality.

"Playing in a band became a career of choice, and The Hard-Ons decided to get out through the left door before it got too ugly.”

Makes sense to us. Buy it here.