Taking a trip on a Silver Machine 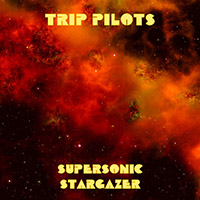 No shock to discover Hawkwind is a cited influence for this UK trio. The EP’s title and band name are obvious clues. The revelation is that the CD’s four songs are a solid addition to the psych-stoner rock genre. 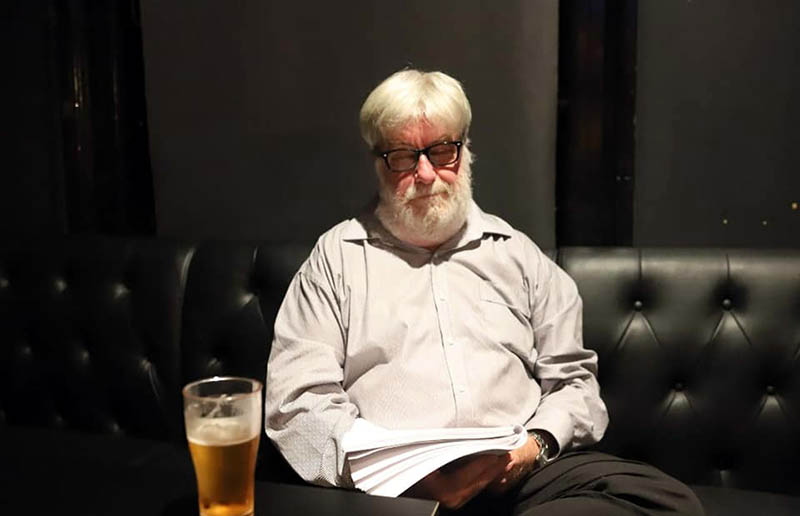 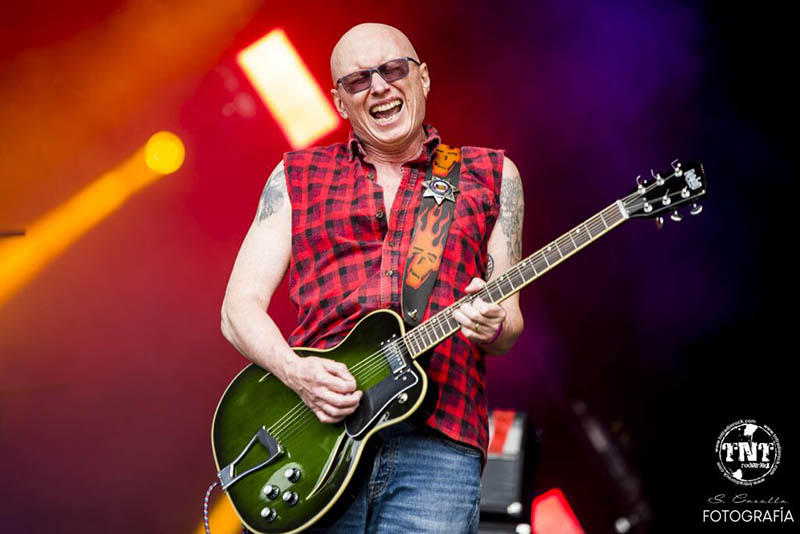 Is it really that time again?

I can never summon up the ennui to diss Christmas. I get that it pushes some people’s buttons but I’m bucking the buzzkill.

This is the time to be relentlessly cheerful, if not for your sake, for those that  need it.

So, put “A Christmas Gift For You”, “Rockin’ Little Christmas”, and “It’s Christmas Time Again” on high rotation.

Serenades to darken your soul 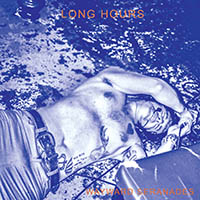 The cover features a topless Julian Medor on his back on what looks like a garage floor covered in oil, eating his necklace, mic in hand and eyes shut. Shades of Darby Crash, and Iggy Pop.

Which are pretty good introductory comparisons, though Long Hours don't sound much like Iggy (well, alright, maybe “A Ghost To You”), but perhaps a bit like The Germs. But that's where comparisons pretty much end. 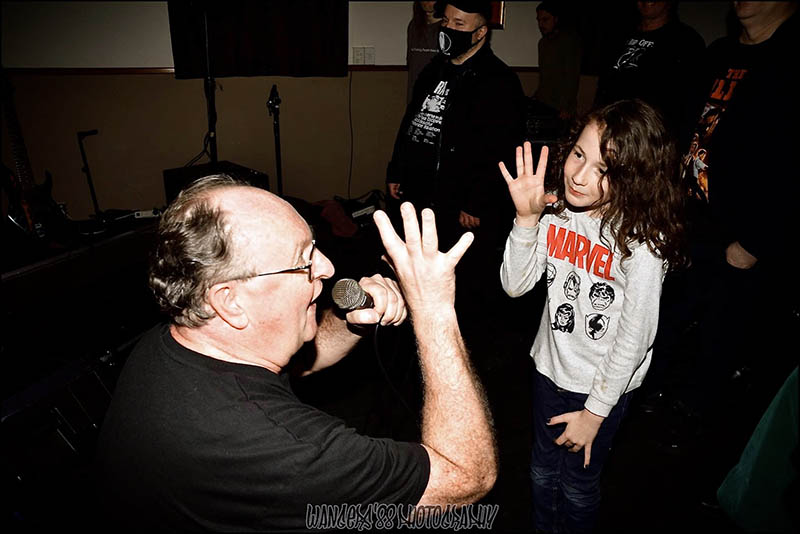 "Oh look, Mummy. The weird man singing with that nasty band Smallpox Confidential is telling me his IQ."

It’s really stupid. I hardly saw any bands (Dapto Dogs and George Thorogood were stand-outs) and heard far too few new releases. Instead, here’s a list of my Top Ten Sleb Shitbags and what curse (with permanent effect) I would put on them.

Tom Cruise:
Wake up every morning another two millimetres shorter.

Vladimir Putin:
His brain to empty, grow a beak and webbed feet and go nekkid except for a foolish weskit.

Donald Trump:
To wake up and always tell the complete truth.

Feeling Festive? Here’s a present for you in the shape of four songs from Joey Bedlam, leader of Melbourne band Dollsquad and better half of X frontman and solo artist in his own right, Steve Lucas.

Joey has assembled film clips for her tunes - all of them Shocking Blue covers - recorded with various bands outside of Dollsquad, including Perth's Chevelles. In the spirit of making somebody else’s Christmas a little brighter, she’s asking you to consider donating something to the Cancer Foundation.

Joey’s donation link is here and we’ll repeat it at the end of this story just to make it super easy, OK? 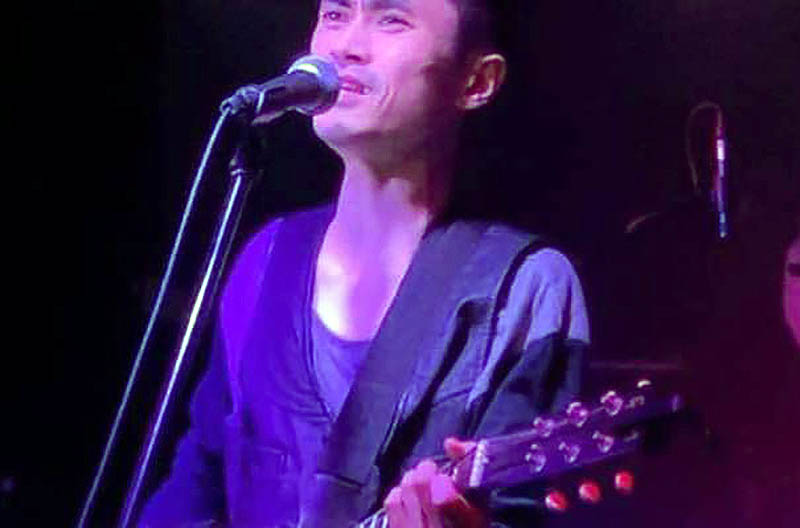 The Crusaders : The Kids Are All Wrong (Documentary)

Poly Styrene: I Am A Cliche (Documentary) screened on NITV 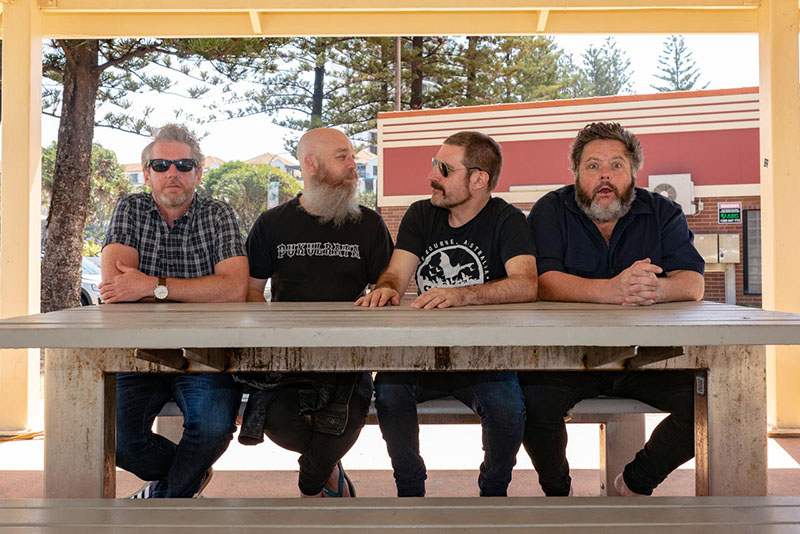 A tense moment at a Meanies band meeting: Wally Kempton-Meanie (right) comes to the realisation that it's his shout and he left his wallet in Spain.

Wally Kempton is a busy man. Fresh from a Meanies tour of Spain (more on that later) last month, Kempton hopped off the plane in Melbourne and into the van for various tour managing duties.

In the coming days he’ll be rehearsing with Ash Naylor and Matt Cotter in preparation for next week’s annual Even Christmas shows, then regrouping with The Meanies for a gig at Hotel Westwood with Super American Eagle and Rocket Science. Then there’s the raft of current, imminent and potential signings to his Cheersquad Records label and associated promotional and general label managerial activities. “I just can’t stop!” Wally laughs.