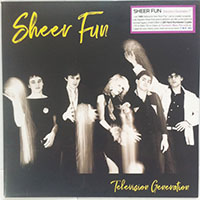 This is a fun single. The A side is Mi-Sex style pop without the quirks, a bouncy dump on the then main weapon of mass media mayhem, television. TV was a popular target in a post-modern world (just ask The Victims) and the song’s a keeper. Ladyman has a touch of Lena Lovich to her vocal.

Whether by accident or design, the B side songs are very close to the sound of The Aliens - which is to say not very adventurous. “Hit Parade” is stilted and has a wafer thin guitar sound but, to be fair, was probably a demo. “What Could She Do” is a song about two ordinary people and is, er, ordinary.