Tek-ing time-out to give China some Detroit rock 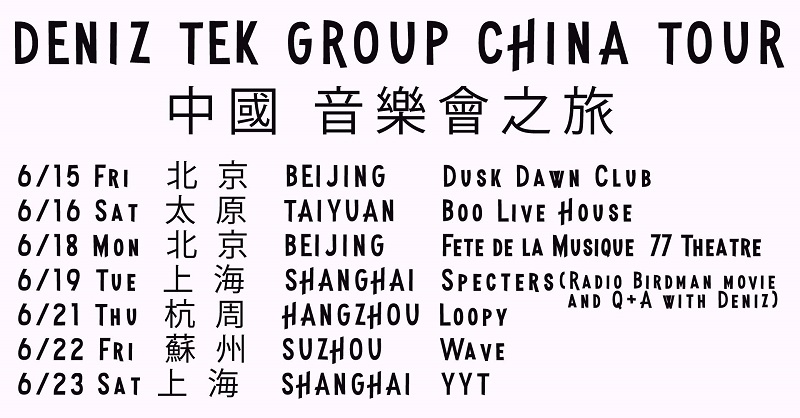 You thought Donald Trump and Kim Jong-Un were breaking new ground in geopolitics? Deniz Tek and solo band are undertaking a quick-fire tour of China this week.

The seven-date tour includes a Shanghai screening of "Descent Into the Maelstrom". The shows are being organised with the assistance of Shanghai-based Round Eye, a band comprised of US expats who have previously played Chinese gigs with M.O.T.O. and Paul Collins Beat. .