Get Shitfaced With The Onyas & Six! - The Onyas (Swashbuckling Hobo)

Some re-issues are blatant money-making efforts and others are a public service. Think of these two as the latter. They’re both on vinyl. No digital downloads.

Dismissing The Onyas as a sub-tropical, Johnny-come-lately version of the Cosmic Psychos does both bands a disservice. Both bands are still going (The Onyas sporadically) and share a member in John McKeering (aka Mad Macka). You might say him joining Cosmic Psychos was inevitable. Some have. 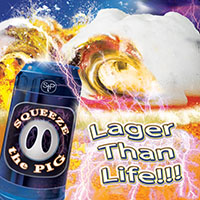 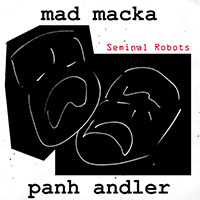 It’s not just the ripper cover of “Bomber” that summons up a Motorhead comparison but more on that later. This is Album Number Four for Adelaide’s Meatbeaters and it’s their best to date.

Meatbeaters are in a cohort of Aussie bands that you can classify as Yob Rock. Cosmic Psychos, the VeeBees, The Onyas and Shrewms all play it fast and aggressively with no concession to multiple chords or lyrical niceties. They also share a gutter-level sense of humour.