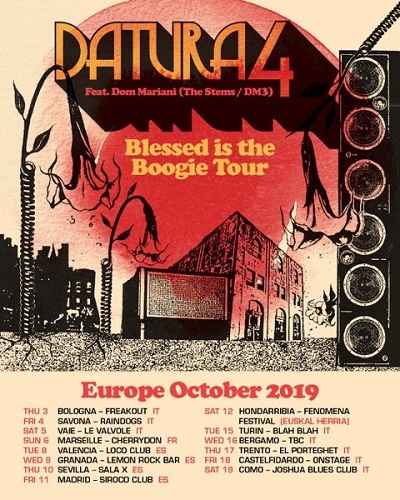 “Black Speakers”, the new single for Perth’s retro rocking and extremely potent Datura4, the current vehicle for The Stemsleader Dom Mariani, is making its world debut here, and the new album is not far away.