The planned Radio Birdman CD box set of previously released albums paid with bonus material from the vaults is now tracking for a late July release, it has been announced.

Pressed up for the recent European tour, the A side is a mono version of the song from the “Detroit” album. Mono remasters on vinyl are more often than not a great thing. “Can Of Soup” punches above its weight, sonically speaking.

Even if Radio Birdman were the sum of its parts, the solo output of its members surely deserves more than the cursory consideration many have been prepared to give. Case in point is this album. Deniz Tek has built a formidable body-of-work outside the framework of

He never lets the grass grow under his boots so it’s no surprise to see another Deniz Tek single drop. Such things are essential, really, if you want to make money on the road in Europe and these two tracks were taken from a early sessions for a forthcoming Tek album.

“Crossroads” is a back-to-basics slice of chunky riff-a-rama that wouldn’t have been out of place on the Doctor’s “Outside” album back in his major label spin-off days. Its immediate and stripped-back production doesn’t sound as dense as that record but it’s coming from a similar Birdmanesque place. There's no fresh ground broken but most will feel there probably doesn't need to be.

Deniz Tek and Friends at The Midnight Special

It depends where you live but electrified Deniz Tek shows are more or less annual affairs these days, with the good Doctor spending half his time tending to A&E patients in Sydney, Australia, or Billings, Montana, with rock tours squeezed in during down-time.  Unplugged gigs, on the other hand, are fewer and further between.

Neil told us that rust never sleeps. On his fourth solo band studio album, Deniz Tek acknowledges as much, examining the oxidation that’s all around him in clinical detail. Relationships and places go under the microscope and are dissected - like a scalpel through a heart - with keen precision. 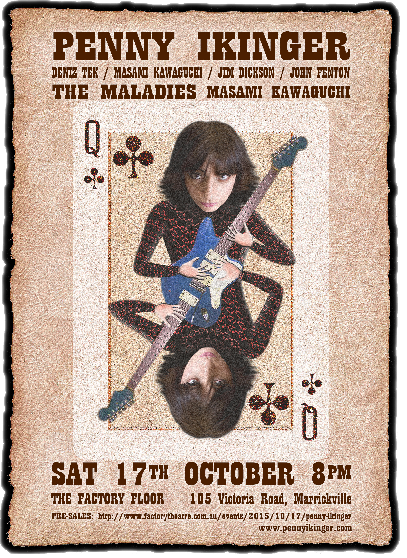