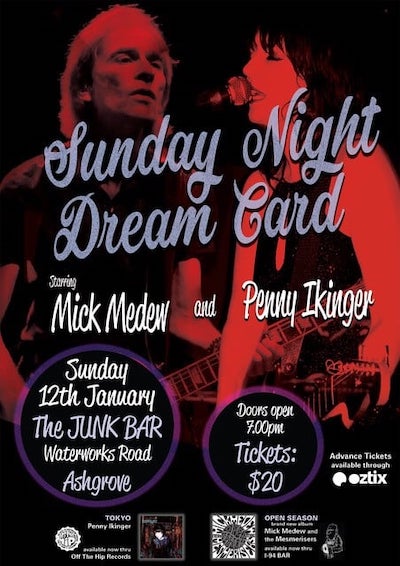 Crticial acclaim for their recent run of solo shows together in Melbourne has prompted Penny Ikinger (ex-Wet Taxis, Sacred Cowboys) and Mick Medew (ex-Screaming Tribesmen, Mick Medew and the Rumours and currently in Mick Medew and the Mesmerisers) to do it all again in Brisbane with a one-off show at The Junk Bar.

Mick and Penny will play the Sunday Night Dream Card show on January 12. They'll play sets of their own material - and music of bands they have been in - and duet on some slected tunes.

The Junk Bar has limitd capacity so pre-sale tickets are the only way of guaranteing a spot and they can be bought here. 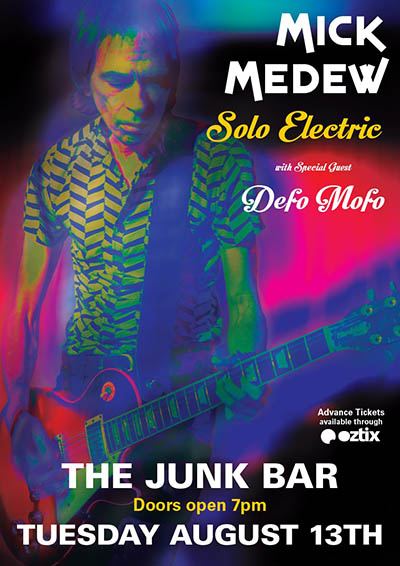