All Through Paradise - The Braves (Spooky Records)

You might not get it first listen. You almost certainly will if you see them.

Remember when you used to follow a local band? Thought the world of them, and they took you all over the city, into dark corners you’d never normally go? Pubs filled with sad, bitter old men?

Everywhere The Braves go around Melbourne, there’s a crew of their fans who follow them. So even out in the tedium of the bored burbs, when The Braves play, the dancefloor is filled with dancing shapes. And the locals get it, and join in. And when The Braves go back, there’s more people. 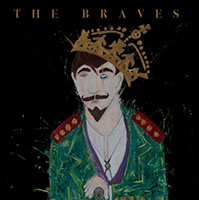