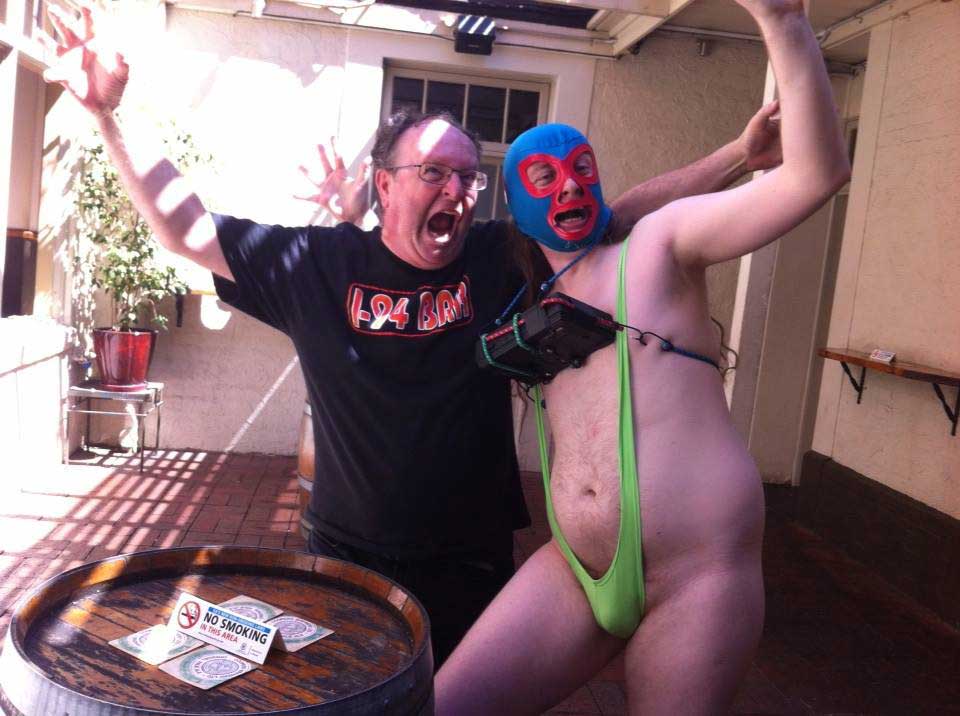 Tom Waits. The LPs before "Swordfishtrombones". Gone back to that husky, smoky, bruised and droll landscape you could drown a 1970s Labor Party conference in. Fantastic realities, so huge, really.

Michael Plater. I love this guy’s music. His latest, Mythologies, is a huge grower. Put it this way: I’ve been listening to it all year, and put it on again on Boxing Day morning as the rain swept the disgusting 42C heat away. I’ve done my best to see every gig he’s done here in Adelaide: I’ve failed, but no matter. Every gig he does should be recorded and issued. He’s that good.

Wire: Same with Wire: tho I think they record every gig they do. Yes, they’ve had a couple of recent releases, which are brilliant, but I’ve found myself playing them over and over again, dipping into their warm, salty waters in all weathers. There’s some solo projects too…

Marc Bolan: He keeps turning up on the cd player. Finding that his later lps weren’t as awful as everyone said at the time. They’re a bit lazy, and certainly not as ground-breaking, but yeah, they’re not bad at all. That gig T.Rex did from their tour with the Damned as support is bloody good.

The Velvet Underground: If I get the chance to finish the review I want to write, you’re either in for a treat or the opportunity to whinge and complain at me. The box sets are an excessive luxury; whether you buy them all depends, really, on whether you get them, or whether you have a preference for a specific LPs. I have them all, not review copies: I paid money I can ill-afford for them. I wouldn’t be without them.

Leadfinger: As with the above, not to everyone’s taste. But I do love their playing, the way their songs shift and move.

The Chickenstones: Another outfit I wish I’d heard years ago; the more I listen the more I want to dance, and the more I realise I’m glad some of their influences have gone down the boghole in terms of quality and sharps. You Sydneysiders have no idea how lucky you are.

Henry Hugo: Not a name you’ll see in every record store. But his structures, his recordings are exquisite, and he’s a genuine step aside from the slavering pack. I’ll leave the pink-clad toffs to their hounds and their fox, Henry is a glade to which we repair.

Hugo Race: Having come rather late to Hugo, I find myself gibbering somewhat at the quality and plethora of his releases. Why the man isn’t better known I cannot tell you. What I can say is that I now wait with great impatience for each new record.

Spooky Records: This Melbourne label has a firm grasp in our house. Harry Howard and the NDE, Sun God Replica, Spencer P. Jones… they all get played over and over. Keeps me hungry for more. Makes me wish I was rich, so I could go and see these bands more often. Those of you in Melbourne, you have no idea how lucky you are.

Of the old stuff… well. I keep putting on Mingus. And Monk. And The Temptations. And Blind Blake. He played so sweetly, he really did. I’m probably due to start on an Einsturzende Neubauten jag soon, too. Or Suicide. Haven’t heard all of that live box set yet. Then there’s the Albert Ayler box which I’ve only skimmed.…

Hope you all had a Merry Christmas. Hope your New Year is appropriately sinful and wageful.

Robert Brokenmouth is an Adelaide author and sometime musician and we love his shit.