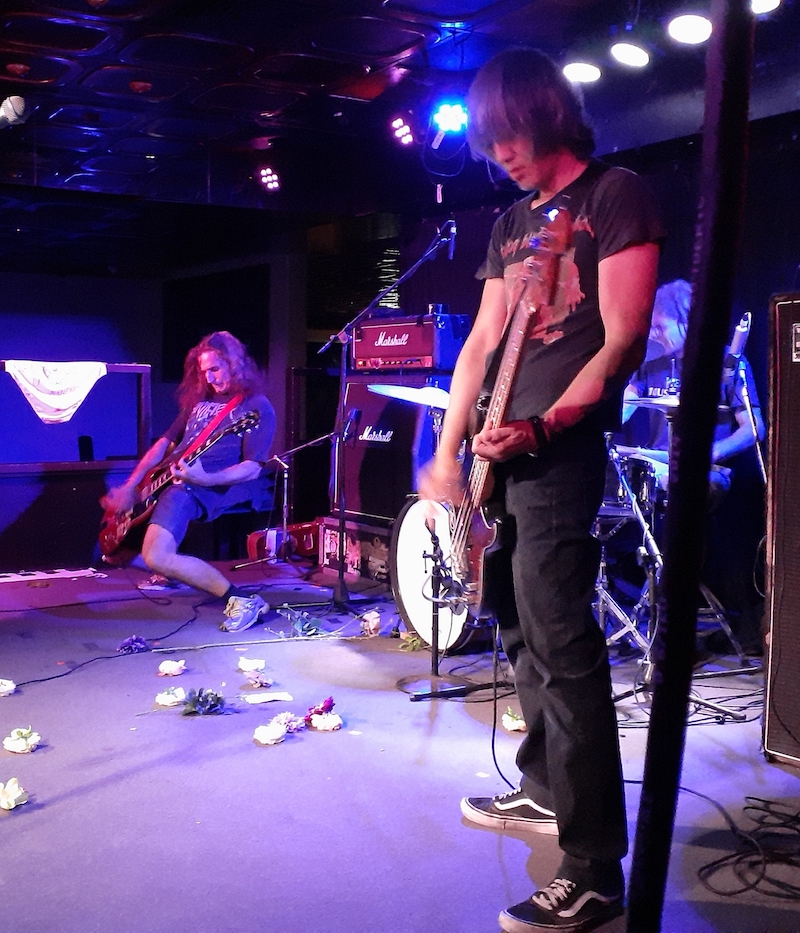 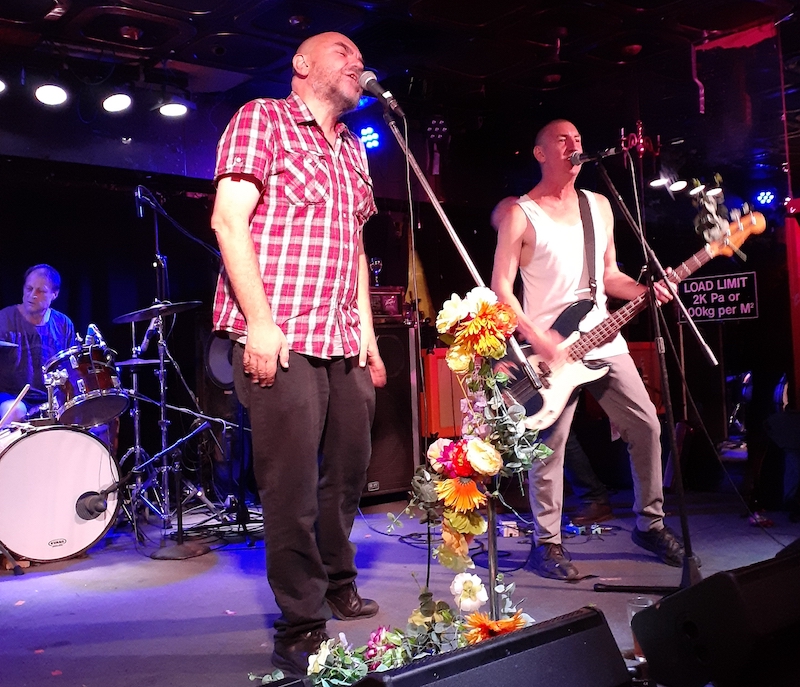 Gary David. The band, not the man.

Garry David is a five-piece band formed in Sydney in 2001 and named after a criminal who had personality disorders and a perchance for violence and self-mutilation. Vocalist, Bob Blunt, who has an uncanny resemblance to GG Allin, is joined by Mike Corey, D Thomas Moore and Stanley Claret.

They performed an amazing set of abrasive, in-your-face punk, with the songs running the gamut from telling everyone to fuck off to the mysterious pleasures of peanut butter and Vegemite late at night. The band was dynamically mesmerising to watch - especially Bob Blunt. 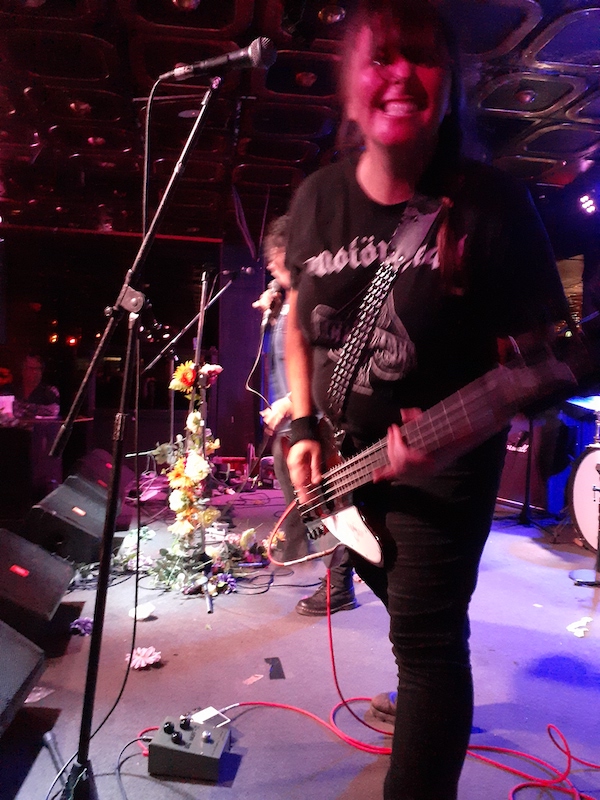 Next was Babymachine. Hailing from Wollongong, formed around 2003 and comprising of Bec on lead vocals, Jacqui on guitar/vocals, Kristy on bass/vocals and Trina on drums, I fell in love with this band from the start - which was when they kicked into overdrive.

Babymachine delivered a mighty fine set of metal, rock and punk, all aptly vocalised by Bec with a powerful, gravelly voice reminiscent of the great man himself, Lemmy Kilmister.

The band members were all having a great time and this was reflected in the intensity of the musical delivery. Add to the list of bands I will go out of my way to see again. The bass player was cute, too. 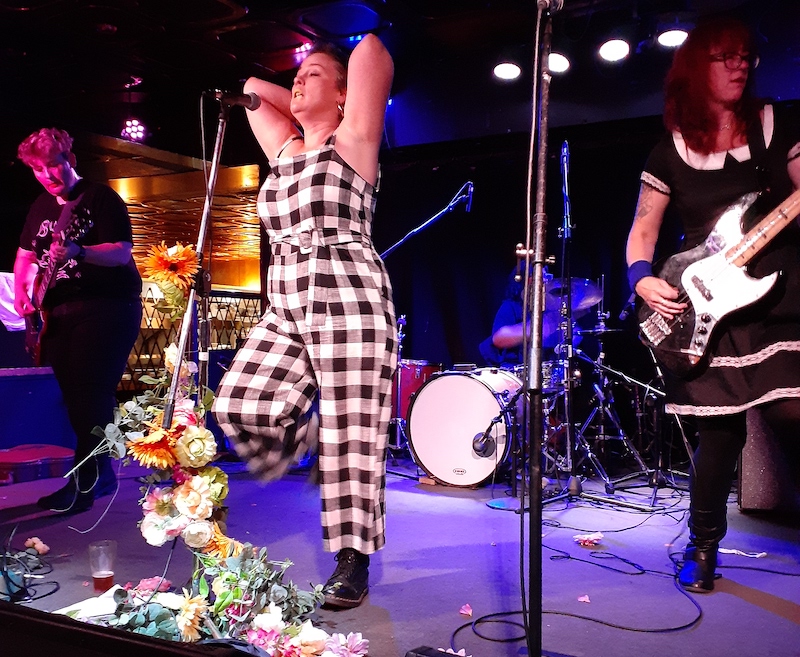 Bitchcraft gives us some of that carpet bombing.

Bitchcraft hit the stage and proceded to carpet bomb the audience with a set of heavy rock and punk. Formed in Newcastle in 2001, they are Simone Price on bass/vocals, Kate Elizabeth on guitar/vocals, Kylie Purr on lead guitar/vocals and Janice Escano on drums.

The bass player reminded me of the maid assassin from the anime "Black Lagoon" and I don’t think she stayed still for the duration of the performance. Angry and pissed off was the vibe I got but there was also an underriding passion in the delivery of the songs. A fantastic and spirited performance.

White Knuckle Fever are Celia  - burlesque performer, go go dancer and blonde bombshell - and Ross, guitarist, drum machine virtuoso and all-round nice guy, who was kind enough to lead me down a dark unlit passageway to the toilets in the change room at the back of the club. 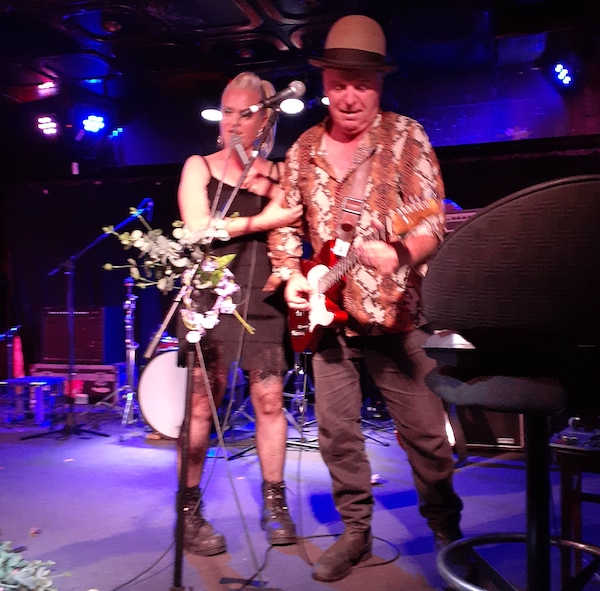 Self-described as a psycho-bluesabilly-techno two-piece, they delivered an amazing performance. Watching Celia climbing amp stacks, getting out into the audience and getting a random hapless punter up on stage to do The Twist and The Duck was a rollercoaster ride with no let up. Throw in some raunchy stripper routines and songs about how her pussy going to kill me, you couldn’t watch this and not smile. Simply amazing. You have not lived till you see Celia do The Duck.

The mighty juggernaut that is Nunchuka Superfly closed proceedings for the evening. Unpigeonholeable (yes, I made that word up) is the only way to describe the music. Having a stab, I would go with funk, stoner, shoe gaze, metal with a touch of doom. It is always a joy to watch Blackie (guitar and vocals), Ray (bass and vocals) and Julien Crendal (drums) rock out.

Blackie and Ray are, of course, half of the Hard Ons but that is where any similarities end. From the get-go, we are pulverised with a wall of sound where you find catchy hooks and grooves permeating throughout the set list. The band, as a whole, is amazing to watch; a sound and visual extravaganza, that is, unfortunately, all over before you know it.

Having survived five bands, all of whom are brilliant in their own right, it was time to go home. Special kudos to the all-women groups Babymachine and Bitchcraft, who rocked out and maybe exceeded, their male contemporaries. White Knuckle Fever were highly entertaining in their performance and music. You were also amazing, Garry David and, of course, Nunchukka Superfly. Top marks to Wreckless Enterprises and Bob Blunt for assembling this bill.

Thanks, lastly, to Marrickville Bowling Club for being you and for having these bands play at your venue. You are probably the most amazingness of all.