Which is to say, Mingus and Willner have triumphed. All Mingus’ friends thought he was mad, apparently, but I’m telling you no, Eric has opened a huge pathway for himself with this.

Mingus is Charles Mingus’ son. Mingus Sr was the most influential jazz bassist (he was a band leader and composer as well), and his untimely death in 1979 at only 56 left behind a 14-year-old son steeped in jazz, blues and classical, looking to more unfamiliar musical terrain to assuage his grief. Among other things, Eric fell into Tommy. At this point, check out his website.

Hal Willner is a man who makes this sort of thing happen, tribute shows and CDs interpreting genius, often with genius. Check him out here. There’s more of course…

All this in the city of the motor race, which finishes 30 minutes before the curtain goes up here, releasing hordes of assorted mishmash onto the streets. Yes, there are intelligent people who enjoy car racing. But there also seem to be so many of the apparently determined to remain underclass that a rather poor but well-preserved chum recently commented that there should be orthodontist shops along the track as well as the beer and dog food emporiums.

And it’s full-on Festival and Fringe dementia in town with associated drunkards everywhere, and there’s exciting roadworks and a racetrack and associated drunkards to negotiate, so sleepy Adelaide appears to have been doused in liquid meth and sent out to play in the hot sun.

As you’d expect, there have been a few negative comments, mostly of the ‘I din recognise that song’ variety, which we can instantly dismiss because, frankly, 1969 was a long time ago and we certainly don’t want to see what remains of The Who these days. I don’t anyway, not after that do in London televised around the world (no, I can’t remember what the event was and I’m not looking it up, it was just too depressing. Oh shit, was it the Olympics?)

See, it’s 2015, and the classics can now be reinterpreted and rediscovered, in the same way that Shakespeare and Marlowe are; or the way bop musicians approached classic show tunes back in the ‘50s and ‘60s. The production is unique to Adelaide; it’s the first time Tommy has been staged like this, and utilises local talent (like Belinda Gehlert on violin and Elana Stone on accordian and vocals, and Yael Stone - who plays Tommy) as well as US and UK performers like drummer Sim Cain (ex Rollins Band, among others), Giancarlo Vulcano and Camille O’Sullivan (look ‘em up) … and the production played for four nights only.

From the minute we walk in we know we’re in for something special. There’s what looks like places for a 12-piece orchestra on stage. Is that a tuba? And a cello?

There are, of course, highlights, but I will not reveal which. Some songs which are four minutes-plus on the LP are reinvented as joyous exclamations. Put simply, instead of a big sprawling

Eric is the offhand, casual narrator with a fabulous, rich voice with a gobsmacking range who sets us up for a mischievous, powerful story, more human because it’s all happening right in front of us. What for some was a rather stilted and peculiar concept LP has become an alive, twisting, emotional creature; the story is instantly in us. His later (all too brief) scat singing is incredible, just amazing. 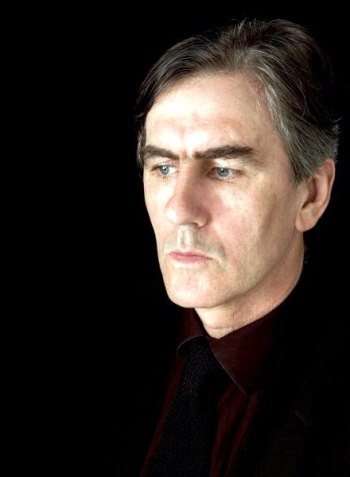 You begin to notice Tommy. Choosing a woman to play a boy is hardly unheard of, and Yael Stone perfectly captures that special vulnerability and crushing hurt within the character.

Ex-GoBetween Robert Forster (right) is utterly magnetic, powerful, superb in his role. If he goes on to have a huge career as an actor I wouldn’t be at all surprised. The man’s a natural, and communicates right around the theatre with every tiny gesture.

And then there’s Gavin Friday, musician, songwriter, performer (and, I believe, quality control for U2). You may recall he used to be in The Virgin Prunes, whose performances rivalled those of the Birthday Party. Gavin’s first appearance is as the Acid Queen, in a grey jacket, grey and green check pants, bald head, white gloves and a red feather boa. The man knows how to grip a crowd, it seems second nature as his savage elegance stalks Tommy, waves of misanthropic hedonism rippling off him.

Gavin’s second appearance, as Uncle Ernie, is lewd, smoothly brutal and revolting. You cannot look away. Friday has the most astounding stage presence, there’s not a wasted movement; his Uncle Ernie is maleficent, huge and repulsive. If I want anything next year, it’s Gavin Friday putting a band together and touring.

The band, fuck, these musician buggers can turn on a penny and make it shine, they’re precise, fast and bulbous, luxurious, lucious. Utterly transfixed, we are, by this world-class score and bloody hell I want this on cd. What a treat. Sim Cain really nails the main elements of the songs; to me Moon’s drumming was always too busy, always yammering; Cain has that control of light, depth and shadow which a drummer needs to have. In many ways, Cain is the musical axle.

The music never dominates the actors, and that is remarkable because we’re dealing with a band (and a series of vocalists) who delve into what sounds a bit like Art Pepper or Pharoah Saunders, as well as terrain not out of place on a Tom Waits or Nick Cave disc. Hell, English multi-instrumentalist genius Terry Edwards on the sax heads briefly into Albert Ayler land, and later he’s playing two saxes at once (a la Rahsaan Roland Kirk) (check him out here: http://www.terryedwards.co.uk and don’t leave without emptying your wallet or you’ll be sorry).

In the same way that Charles Mingus and The Who could only do certain things with their bands, and they could only push to discover what more they could create, expanding their range of possibilities, it is doubtful either could have or would have produced anything as broad-based and instantly accessible as Millner and Mingus’ version of Tommy.

Willner and Mingus’ performance is breathtaking, joyous, tortured and completely brilliant. They need to tour their triumphant production; USA and UK and Europe need to see it, and they need to record and release a CD, if not a DVD.

If he were alive to see it, I reckon Charlie Mingus would be well-chuffed.

Footnote: In other Fringe Festival news, Gavin will be appearing with the Gavin Bryars Ensemble and guests and Terry Edwards has his own show. 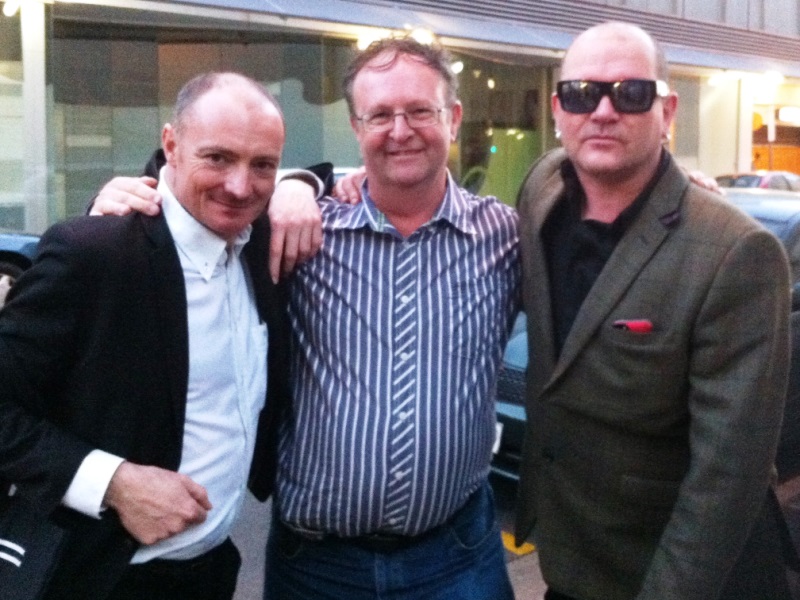