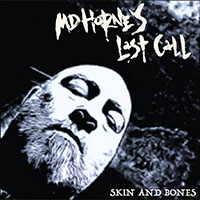 Drizabone and MD were doing acoustic shows in tandem on Sydney's southside before COVID fucked with our night (and day) life, so it's obvious there's been some musical cross-pollination going on. It's not your classic I-94 Bar fare but pretty compelling, nevertheless, and an intriuging taster for the full-length album.

"Skin and Bones" was recorded at Marc Scully’s Studio 57 in Sydney with the odd overdub emailed in from overseas, and given the Rick O’Neil mastering treatment at Turtlerock. You can grab it digitally here.