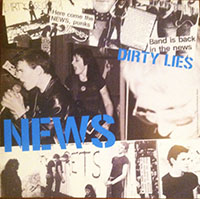 Babeez/News were one of the better Australian bands later labelled with the "Killed By Death" tag. Short, sharp and political, these songs stick it up the establishment in a way that holds up well with age. Energetic and venomous. Sonically speaking, it sounds great, with the ubiquitous Mikey Young in at the mastering stage.

If you know Babeez/News you’ll want it - especially after the LP treatment Babeez received from the label a couple of years back - but you’ll be spoilt for choice. It comes in five hand-numbered editions of 78 copies, each run in a different colour with alternative covers. My favourite is the spray-painted cloth bag, worked up by ex-Asylum member Marc Welsh.

They all come with stickers, handbills and a flexidisc of an explosive song. “You”. Then there’s the deluxe, hand-assembled box edition of 20, which packages all five colours with the flexi, inserts and a T-shirt. Scotti and John don’t do things by halves. These things don't last long so let the link below take you where you need to go. 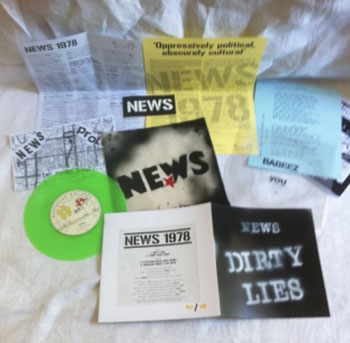