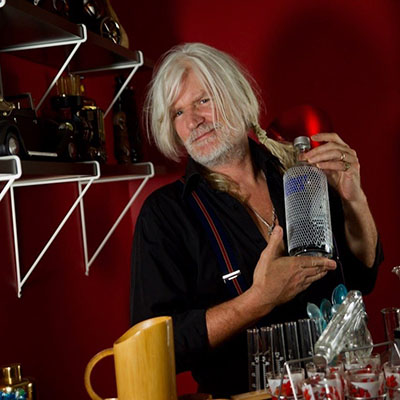 4.) Gin. Mother's ruin... Gin is good. There's a little pub/distillery in Loch that makes unbelievably good gin. The brew up a gin liqueur that is to die for. I came across a gin infused with watermelon, cucumber and mint 4th he other day. Perfect for summer. On the rocks, neat or with a dash of soda...

5.) Tequila. No cheap shit. I got into it when zipping around California. 100% Agave. In winter, a slug of tequila in a hit chocolate us a great comfort. I have snorted Tequila. I don't recommend it. But it was a dare and I thought 'why not...? It was like driving a red-hot nine-inch nail into my brain

6.) Brandy. Good brandy is its own reward. Drink it, cook with it... I prefer it over cognac. I seriously over did it with cognac one night and the hangover was diabolical. It's never been the same for me...

7.) Absinthe. I don't do it often but when I do... look out. It has to have as much wormwood as legally allowed or you're wasting your time. An absinthe champagne cocktail will get you buzzing without too much effort.

8.) Port. I love a big Shiraz port. It's a winter drink in the main, but you know the saying: Any port in any storm.  I got stuck into a bottle once, a 1945 Shiraz port from the Borrassa Valley. It was out of this world. I was practically tripping after a few glasses. Don't under estimate the power of a good port. Age is important.

9). Rum. I'm not a huge fan of rum unless it is in cocktails. Rum cocktails will do amazing things to you. If I were to have it straight, the darker the better. Black like molasses. There is one that I but now and then, Kraken? That is a good drop. Angostura is a rum liqueur that is also very user friendly.

10.) Kaluha... Only because Kali's over cocoa pops served with double thick cream and branded strawberries is my traditional Father's Day or birthday breakfast. There is nothing like it. Don't knock it until you try it.